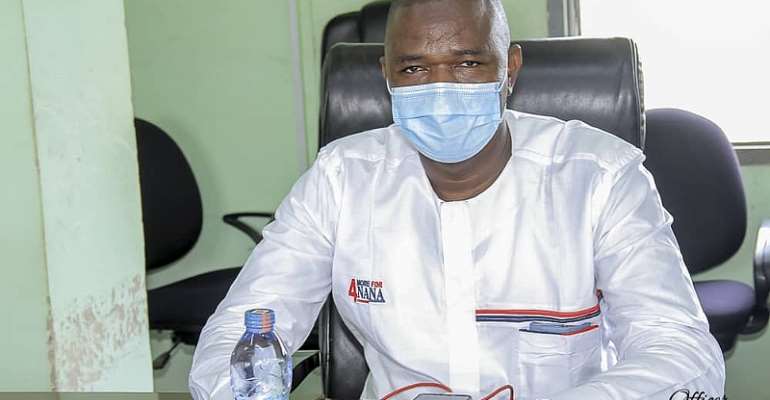 The Northern Regional Executives and members of the Governing New Patriotic Party (NPP) have described Chairman Mohammed Baantima Samba, affectionately called "Chairman "Do All", as the best regional chairman so far in the history of the party in the region.

Chairman Samba donated an amount of GHC10, 000 each to All constituencies in the Northern Region to help in the monitoring of the voter registration exercise.

This donation came after the Chairman's observation of the hard work of Constituency executives and party members in ensuring that people came out to register in the ongoing voter registration exercise.

Addressing journalists at the Northern Regional Office of the NPP in Tamale, Chairman Do All observed that leaders and party members in the Northern Region exhibited a high level of dedication to retain the party in power, and supporting his vision of winning 15 parliamentary seats in the region for the NPP in the upcoming December 7 polls hence his personal support to them.

Chairman Mohammed Baantima Samba, since the beginning of the voter's registration exercise, has been monitoring the process keenly with his Regional and constituency executives.

The gesture by the Chairman has been described as unprecedented by the Northern Region NPP Executives and therefore urged all part faithful to emulate Chairman Samba by putting in their best for the party for victory in December.

The recipients of the support promised to put it to good use in the interest of the party.