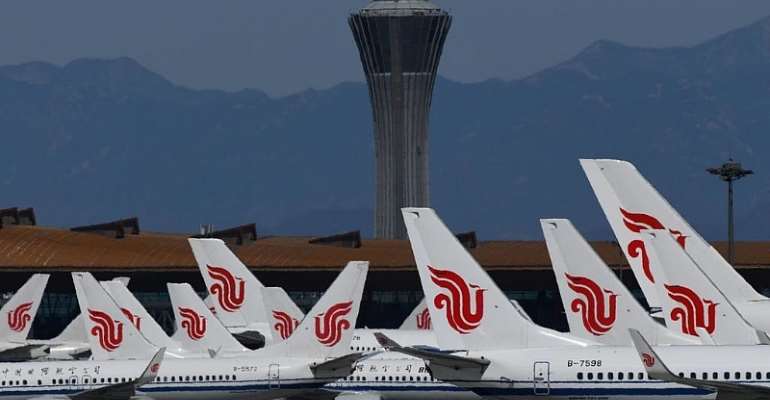 Beijing on Tuesday slammed Paris's decision to reduce the number of flights from Chinese airlines entering France from three to one per week. French officials said the decision matched the limit imposed on Air France.

A diplomatic dispute between France and China has broken over mutual curbs on the number of international passenger flights between the two countries as air travel remains limited due to the coronavirus pandemic.

Three Chinese airlines – Air China, China Eastern and China Southern – have each been allowed one China-France flight per week, and Paris has been seeking a similar volume for Air France, its sole airline with services to China.

Paris said that Air France had been been authorised to carry out three flights a week to China, but only one had been allowed in practice, and so began to limit flights from China to one per week on Monday, citing “reciprocity”.

“Discussions are underway between the two governments with a view to reaching a satisfactory conclusion,” said a note on the website of the French embassy in Beijing, which also warned travellers of disruptions.

The Chinese embassy in Paris was quick to respond to the curb, which obliges the three Chinese airlines to alternate their weekly flights to France.

“The unilateral decision to reduce flights is harmful for the Chinese airlines and the populations of both countries,” read a statement posted on the embassy website.

Disagreement over authorisation
As the coronavirus pandemic was taking off in Europe and elsewhere in March, China reduced flights from the rest of the world, fearing the arrival of new cases as it recovered from the initial outbreak in Wuhan.

Following pressure from the United States and elsewhere, China began to allow some foreign airlines, including Air France, to conduct one flight per week on its territory in June.

“Air France resumed one weekly flight between Paris and Shanghai on 18 June,” the French embassy tweeted last month, hailing “a first step to returning to a balanced relationship in terms of opportunities of Chinese and European airlines”.

International airlines have to obtain authorisation for the Chinese cities they wish to serve, and with access to the capital Beijing being restrictive and costly due to health measures, Air France and many others wish to arrive at Shanghai.

But Shanghai already receives “a large number of international flights” and is “under enormous pressure to assure public health”, according to the Chinese embassy, which said it had been on the verge of granting an “exception” to Air France.

“Given the Franco-Chinese friendship and the need for bilateral human mobility, the Chinese party made an exception in agreeing to allow Air France to operate three flights per week to China, including one to Shanghai,” the embassy said.

“With the authorities in Shanghai having authorised Air France's second weekly Paris-Shanghai flight, and with only administrative formalities in the Chinese central government remaining, it is incomprehensible that the French party decided to impose the reduction of flights of Chinese airlines.”