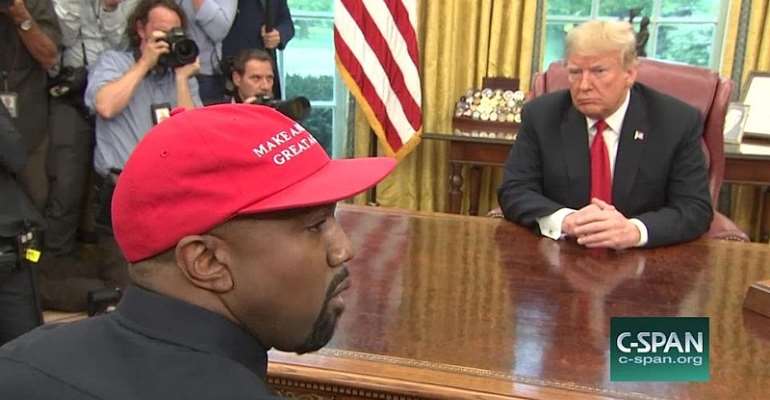 Donald Trump has new competition in the race for the White House. Music star Kanye West is also expected to enter the campaign. Not so long ago, he was one of Trump's supporters.

Rap mogul Kanye West wants to challenge US President Donald Trump in the November election. The musician and billionaire entrepreneur, who has distinguished himself as a Trump supporter in the past, announced his ambitions in pathetic words on Twitter on Saturday: "We must now fulfill America's promise by trusting God, uniting our vision and building our future. I am running for President of the United States!"

West tagged his announcement with the keyword "#2020Vision". The 43-year-old chose the symbolic US Independence Day as the date. He did not give any details about his presidential candidacy, which was announced at short notice. The husband of Kim Kardashian has only four months to convince the US voters of his candidacy.

Turning away from Trump

The rapper was one of President Trump's early supporters. In 2018, Trump and West received a reception at the White House, where the musician embraced the president and, in front of the cameras, unleashed a tirade of ranting and raving with expressions never heard before from the US president's office. However, West assured the head of state that year that he loved him.

West would have to go into the election campaign as an independent candidate since both Donald Trump in the Republican Party and Joe Biden in the Democratic Party are considered presidential candidates. Such a candidacy was attempted by the lawyer Ralph Nader in the 1996-2008 elections. In any case, he had no chance.

In 2019, however, West relativized its support for Trump. It had been a way of annoying the US Democrats. At the same time, the rapper announced his own ambitions: "There will be a time when I will be President of the USA," he predicted.

At the end of June, West published a musical commentary on the current debate on racism in the USA. A video to his song "Wash Us In the Blood" and showed pictures of the nationwide anti-racism protests.