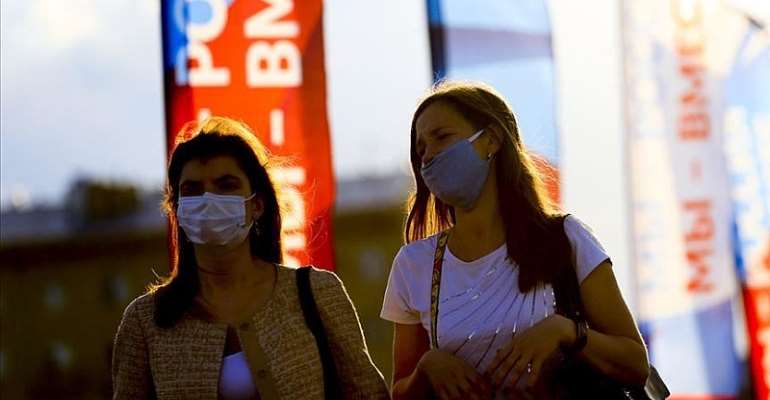 This raised the total number of infections to 561,091.

The death toll in the country rose to 7,660, as 182 more people lost their lives due to the virus, the country’s emergency team said in a daily report.

The highest number of 1,040 infections were registered in Moscow while the lowest, 34, were reported in the Altai Republic.

Mishustin said Moscow and a number of other regions are “showing positive trends,” adding the outbreak occurred later in some parts of the country and the cases there are still “on the high side.”

Meanwhile, the country took measures to boost the economy.

Minister of Economic Development Maxim Reshetnikov said after restrictions were lifted, the economic activity is progressively increasing, although the pre-crisis level is yet to be achieved.

Since originating in China last December, the pandemic has claimed over 449,200 lives in 188 countries and regions. The US, Brazil and Russia are currently the world's worst-hit countries.

Nearly 8.36 million cases have been reported worldwide, while more than 4.08 million patients have recovered so far, according to figures compiled by the US’ Johns Hopkins University.