NPP Primaries: Buaben Asamoah Will Be Kicked Out — Lawyer Predicts 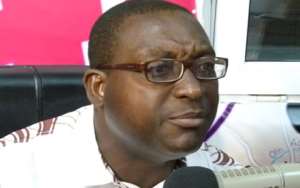 According to her, delegates of the party have had challenges with the lawyer’s handling of the party’s communications since he assumed the role.

Speaking on the Campaign Trail on Starr FM Monday, Mrs Agyekum Acheampong said it will be shocking to see Mr Buaben Asamoa win the Saturday primaries.

“Frankly the Adenta contest is a straight fight between Yaw Buaben Asamoa and Kwasi Mante and I will put Kwasi Mante ahead of Yaw Buaben. Kwasi used to be Yaw’s righthand man and the people like him. He has a way of dealing with the people. Yaw has had challenges with the way he has handled the communications of the party and I think he has lost popularity in the constituency.

“The only thing that can help Yaw is when the other two candidates manage to pull enough votes to take away from the votes of Kwasi Mante. I don’t see Yaw winning. The delegates don’t think with him in the lead it can help the NPP in December,” she said.

On the Dome-Kwabenya contest, the legal practitioner said the incumbent MP Adwoa Safo is favourite to win the day.

“This is a very tough battle between Adwoa and Mike Ocquaye. Adwoa Safo has endeared herself to the people, she is accessible, always with them and the people love her. Mike is equally good and has played his role. He is known in the area just like his father but I believe Adwoa is in a better position to retain the seat. She has an edge. I believe Adwoa will win but it won’t be a landslide victory”.

The campaign trail is a new election watch programme introduced by the Komla Dumor Newsroom to keep eye on the various competitive seats as the NPP goes to primaries on Saturday and the general elections in December.