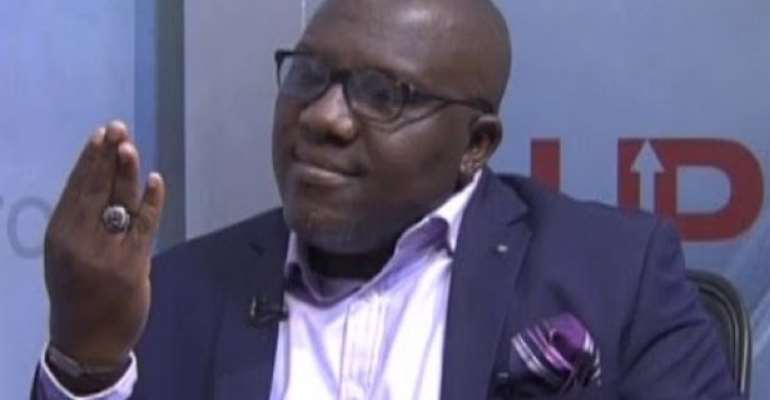 Mr Seth Kwame Acheampong, Member of Parliament for Mpraeso and Chairman of the Committee on Defence on Wednesday, reacted to issues involving the arrest of Apostle Kwabena Owusu Agyei, the General Overseer of Hezekiah Prayer Ministries.

Apostle Agyei, who is facing charges of threat of death, offensive conduct, breach of peace and possession of Narcotics, was on Tuesday, arraigned at an Accra Circuit Court.

He has been placed in custody.

Apostle Agyei's arrest follows comments he allegedly made, in a social media video, in which he urged the Chairperson of the Electoral Commission (EC), Mrs Jean Mensa to suspend the compilation of a new Voters' Register or die.

He also said: “Let me tell them (Akyems) something. On June 4, people were crying 'let the blood flow.'

He is also being investigated on the threats and allegations he made against President Nana Addo Dankwa Akufo-Addo regarding the murder of the Abuakwa North MP, J.B. Danquah-Adu.

He was picked up by National Security operatives on Tuesday.

However, a Ranking Member on Defence and Interior and MP for Builsa North, James Agalga, addressing a press conference at the Parliament House, Osu-Accra, impugned that the manner of arrest infringed on the rights of the suspect.

Describing the conduct of the security operatives as unprofessional, Mr Agalga alleged that party hoodlums, vigilantes and faithful, recruited into agencies were the ones exhibiting these unprofessional behaviors.

He asked why NPP's Deputy General Secretary Nana Obiri Boahene had also not been arrested by the National Security for making similar comments.

Reacting, Mr Acheampong said the state institutions were a creature of the 1992 Constitution, and they must be made to work without interference.

“For clarity, the National Security did not just get up and arrest the gentleman, the Apostle, as we presently know him. The National Security secured an arrest warrant and search warrant from the courts of the Republic of Ghana, equally a creation of the Constitution of Ghana, and by that authority, they arrested the gentle person,” Mr Acheampong said.

Furthermore, the MP said the suspect was arrested in the presence of Mr Agyemang Duah, a former District Chief Executive of Kwaebibirim,who was also a member of the NDC, and begged members of the Minority to be clear on the matter, as the modus operandi of the Security Services varied with each case.

On the matter involving DC Abronye, he said Abronye subjected himself through the process, under which the CID took statements from him, and went through the rituals and he was allowed bail.

“The same body went to a former President of the Republic, President John Dramani Mahama to take similar statements. This is work in progress and it's a matter before the system.

Mr Acheampong said he was however, unclear on why the Minority mentioned Major (rtd) Boakye Djan, a commissioned officer of the Ghana Armed Forces, who had studied Law, explaining that because of his ill health and condition, the Police rather went to his home and took a statement from him, after which he was granted him bail.

Mr Acheampong advised against denigrating mandated state institutions, saying they must be allowed to work without stampeding them and drawing them into any public bashing.

He assured the nation that the Government would ensure that state institutions worked to ensure stability and peace of the state.

Mr Acheampong said he was in no way justifying any excesses the security operatives might have engaged in.

NDC Member In Asawase Constituency Switch To NPP
27 minutes ago