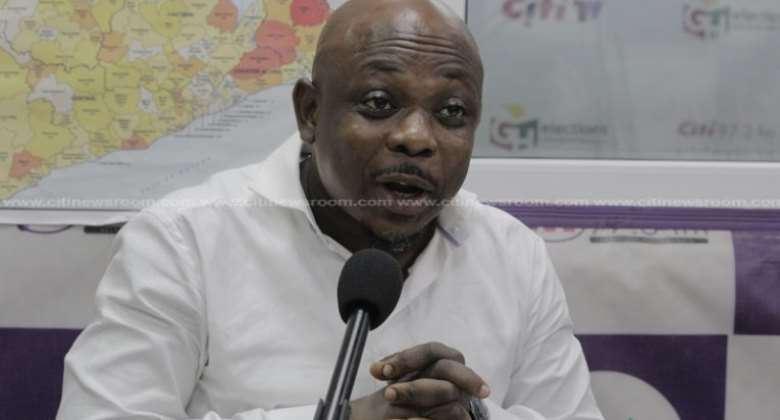 Minority Spokesperson on Defence and Interior, James Agalga, has condemned the Rambo-style arrest of the self-acclaimed Prophet, Apostle Kwabena Owusu Agyei who allegedly threatened the life of Jean Mensa, Chairperson of the Electoral Commission.

In the video, some men were seen entering the scene and announcing to Apostle Kwabena Owusu Agyei that they had a warrant to arrest him. They then whisked him into a vehicle.

In an interview on Eyewitness News, Mr James Agalga argued that the refusal or the failure of the arresting officers to allow the self-acclaimed prophet to read the warrant or understand why he was being arrested is unlawful.

“Just as it is not acceptable in law to threaten somebody, it is equally unacceptable or unlawful to effect an unlawful arrest. So if the arresting officers at the point of effecting the arrest omit or refuse to allow the suspect to read the arrest warrant and proceed to arrest just merely by brandishing the arrest warrant, that would amount to an unlawful arrest. Article 19 requires that before you effect an arrest, you explain to the suspect, the reason for the arrest in a language that the suspect clearly understands. I watched a certain video footage of the arrest of Apostle Owusu Agyei, that was not done,” he said.

The Builsa North legislator also described as unprofessional the decision of the arresting officers to share videos of Apostle Kwabena Owusu Agyei in possession of some substance suspected to be cannabis.

“Moments after the arrest, I watched yet another footage which also showed the arresting officers clearly parading the suspect before the cameras with substances suspected to be wee (Cannabis) in his hands. Now the way and manner in which the exhibit was even handled was very unprofessional. That could only have been done by very incompetent arresting officers. So the procedure is as good as the substantive law. So I sought to fault the manner of arrest and the selective nature of those arrests that are now being effected.”

Meanwhile, a Circuit Court in Accra presided over by His Honour Emmanuel Essandoh on Tuesday remanded the 56-year-old Apostle Kwabena Owusu Adjei into police custody.

Apostle Adjei pleaded not guilty to three charges to wit; threat of death, offensive conduct conducive to the breach of peace and possession of narcotic drugs contrary to section 2 (1) of the PNDC Law 236/90.