Why the world needs to ensure wild species are used sustainably 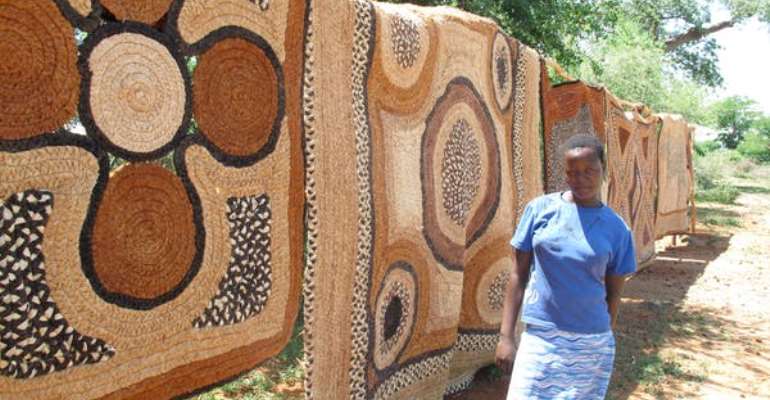 The COVID-19 pandemic has led to a worldwide crisis of food insecurity and unemployment . The International Monetary Fund (IMF) warns of rising hunger and poverty .

Commentators, particularly from the global North, have raised concerns about the implications for biodiversity. The first is that in some places, budgets for biodiversity conservation have been reduced by a drastic drop in tourism revenues , or by the diversion of funds and forces to health-related functions . Secondly, growing poverty and the loss of livelihoods may drive people to poach .

Others are concerned that there will be increased habitat loss due to forest clearance for fuel-wood and subsistence agriculture . There have been widespread calls for the banning of wet markets and use of bushmeat .

The global conservation community has correctly pointed to humankind's destruction of biodiversity and ecosystems as a cause of the pandemic . We argue for a more nuanced approach. The use of wild species is not a new or unusual livelihood strategy, nor is it necessarily detrimental to conservation. Over one billion people across the world rely on such resources for food, medicines, fuel and building materials.

The uses of and trade in wild species include much more than fuel-wood and illegal wildlife . Our view is that the sustainable use of wild species needs to be recognised as a critical coping and resilience strategy. Medicinal herbs being sold in Namibia. Rachel Wynberg

Among other things, it provides people with access to their food, fuel, income, and medicine in circumstances where these are unavailable or unaffordable in the mainstream economy. Recognising the value of wild species will both support rural livelihoods and provide important incentives for their sustainable use.

Over 6% of rural households in South Africa (equating to approximately 320,000 households) trade in at least one wild resource , spanning fuelwood, medicinal plants, weaving fibres, wild foods (insects, fruits, indigenous vegetables, honey, bushmeat), grass and twig brushes, and crafts. The income from such trade equates to about R5,612 per rural household per year.

The use of biodiversity is also a critical buffer against economic shocks, disease and climate change. During the Sudanese war, for example, communities used and sold wild fruits as a coping strategy .

In five southern African countries, over a third of surveyed households resorted to trading in wild foods, wood and medicinal products because they lost their primary earning member to disease.

In Zimbabwe, baobab use and trade soared in parallel to the collapse of the economy.

The fallout from the COVID-19 pandemic is expected to increase people's reliance on wild resources as a safety net. This will be particularly true for informal workers, who comprise three-fifths of the global workforce .

What can be done now

Much of the trade in wild species occurs in informal markets that are not recognised by governments and remain poorly supported. However, informal and traditional markets in low and middle-income countries often provide buyers with economical, fresh and nutritious foods that may not be available in supermarkets.

In the absence of organised representation, regulation and safety nets, informal markets are among the leading economies to suffer in the event of disasters and economic shocks . Already, informal vendors of vegetables and wild species have been attacked by the police in Zimbabwe for contravening lockdown rules .

Informal markets are, however, an opportunity. They could form the backbone of the pandemic response, given that they cater to densely populated informal settlements and rural communities that must shelter in place . Mopane worms at a market in South Africa. George Sekonya

Rather than curbing the use and trade of wild species through informal and wet markets, governments could recognise trade based on sustainable use through necessary support measures. These could include decriminalising trade, allowing informal traders at strategically situated places at staggered times , and providing facilities for sanitation, shelter, storage, disposal bins, and lights.

Looking towards the future

The pandemic has spurred a move towards urban home gardening to attain a level of self-sufficiency in households across America , Italy , and India . In South Africa, where low-income housing greening is underway , the domestication of commonly available and easily propagated wild species could be supported, contributing to people's well-being and the local economy .

Wild species use can help perpetuate the knowledge and values of biodiversity conservation and species propagation, as well as foster long-term relationships between people and their environment. For example, some people who coexist with sea turtles use their eggs in food preparations, and also protect them as vulnerable and valuable members of their community and identity.

In the future, this knowledge and continued use of wild species can act as an insurance against cataclysmic events. For example, in addition to being packed with micro-nutrients, some wild species such as wild medlars and leguminous plants need very little input to grow and withstand harsh weather conditions better than conventional crop food species.

Smallholder farmers tend to plant a diverse suite of plants to reduce their chances of crop failure. Typically, wild species are an important component on such farms. Sustainable use of wild species from forests and on farms may reduce people's dependence on food and material from other regions where they are mass-produced, often at a high environmental and social cost .

As global society emerges from the lockdown, we should look at sustainable biodiversity use as an opportunity to re-balance our relationship with nature.

Charlie Shackleton receives funding from National Research Foundation (South Africa) (grant no. 84379). This article is written in his personal capacity and does not represent the views of any of the NRF.

James George Sekonya has previously received funding from the National Research Foundation and the University of Cape Town. His contribution to this article is in his personal capacity and does not represent views of any organization.

Rachel Wynberg works for the University of Cape Town, South Africa where she holds a research chair funded by the Department of Science and Technology and National Research Foundation. She serves on the Boards of Biowatch South Africa, Environmental Monitoring Group and the Union for Ethical BioTrade. This article is written in her personal capacity and does not represent the views of any of these organisations. No benefit will accrue to any organisation.

Mallika Sardeshpande does not work for, consult, own shares in or receive funding from any company or organisation that would benefit from this article, and has disclosed no relevant affiliations beyond their academic appointment.

Charlie Shackleton, Professor & Research Chair in Interdisciplinary Science in Land and Natural Resource Use for Sustainable Livelihoods, Rhodes University And

Article
Powered By Modern Ghana
Sarkodie, UG VC, ‘Feeding Bottle Plaques’, And Modern Award Scam
Towards A Sustainability Strategy For The Management Of African Football
Curbing Stunting Growth In The Sagnerigu Municipality
Why access to decent toilets could help reduce sexual violence in South Africa
Steps Sudan must take to prevent future flood destruction
A Night Promise With My Future Wife
Journalism makes blunders but still feeds democracy: an insider's view
Europe and the world at 75: An occasion for the EU to reaffirm its standing on Security policies and Human Rights
The Influential Role of Policy & Regulatory Frameworks in Driving Youth Entrepreneurship in Africa
COVID-19 Updates Live Dashboard
TOP STORIES