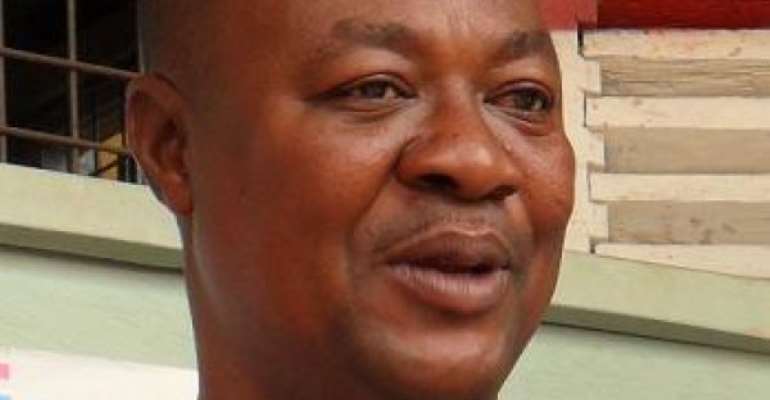 The ruling New Patriotic Party (NPP) has cautioned members to strive to resort to the laid down conflict-resolution mechanism in addressing misunderstandings within the Party.

“Aggrieved members are mandated to always use constitutional means by either writing a petition or filing complaints to the Party's appropriate quarters for redress,” Mr. Sam Pyne, Ashanti Regional Secretary of the NPP, said.

He described as unacceptable the invocation of curses by some angry NPP activists in the Region, following the disqualification of some aspirants for the Party's impending parliamentary primaries.

There is a wave of misunderstanding amongst some Party activists in some constituencies in the Region, including Offinso-South, Kwabre-East, Subin and Bekwai, after their preferred parliamentary aspirants were disqualified.

“Those who use unorthodox means such as the invocation of curses to register their displeasure other than the acceptable norm would be dealt with in accordance with the NPP's constitution,” Mr. Pyne told the media in Kumasi.

This is because these practices, he said, cast a slur on the Party's reputation, hard-won image and principles.

The Regional Secretary pointed out that the NPP leadership was focused and committed to organizing a free, fair and transparent parliamentary primaries scheduled for Saturday, June 20, this year, on electoral basis.

In a recent press conference to outline the guidelines for the conduct of the NPP 2020 parliamentary primaries, the General-Secretary, Mr. John Boadu, said the polls would be conducted in the 168 constituencies where the NPP has sitting Members of Parliament, to elect parliamentary candidates for the General Election.

This, he said, would be done in strict compliance with the COVID-19 health protocols, stressing that not more than one hundred people would be allowed to congregate at a voting centre.

Meanwhile, information gathered by the Ghana News Agency (GNA) indicated that the Offinso-South NPP Constituency Executive would soon hold a meeting to suspend Party members who invoked curses on the leadership for disqualifying some parliamentary aspirants in the area.

“We will surely apply the necessary sanctions to serve as a deterrent to members who intend to do same,” Mr Nsiah Boakye, a Constituency Executive Member, told the GNA.