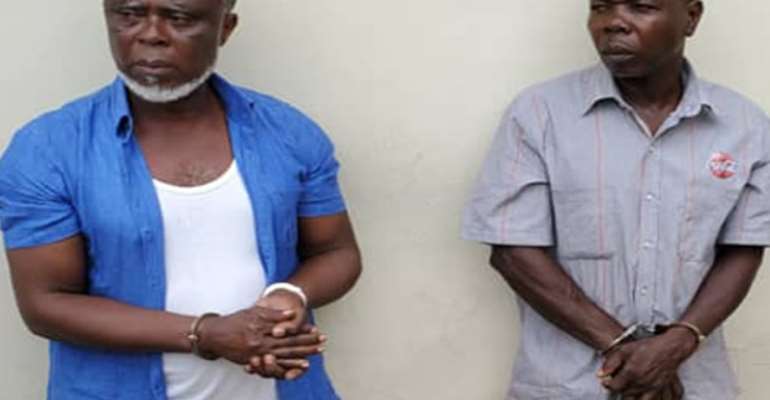 An Accra High Court has reduced the bail terms of Dr. Frederick Yao Mac-Palm, the medical doctor at the centre of an alleged plot to overthrow Akufo-Addo government, and seven others, some of whom are soldiers.

The court presided over by Justice Samuel Asiedu, a Court of Appeal judge sitting as additional High Court judge, last month granted the accused persons a bail of GH¢10 million each with two sureties, each to be justified.

But the accused persons were unable to meet the terms of the bail and their lawyers subsequently filed application for variation of the bail conditions.

Justice Asiedu granted the application and reduced the conditions to GH¢6 million each with three sureties each.

The case was adjourned to July 3, 2020 for continuation.

The accused are among 10 persons who were allegedly plotting to destabilize the country and overthrow the New Patriotic Party (NPP) government.

The other two accused persons, ASP Dr. Benjamin Agordzo and WO II Esther Saan, aka Mama Gee, had already been granted bail by another court.

They are said to have held discussions on whether or not to kill the President once their plot succeeds.

They are also alleged to have planned to acquire electronic equipment solely for the purpose of jamming the National Communications Authority's system to render all broadcasting stations, except the state broadcaster, useless.

These are allegations made by Senior State Attorney Hilda Craig who on Tuesday morning urged the Kaneshie District Court to commit the 10 accused persons to stand trial at the High Court.

This includes the Vice-President, Speaker of Parliament and the Chief of Defence Staff.

She further alleged that 'the killing of the President' discussion, however, had the option of being abandoned once the President agreed to announce that his government had been toppled.

She said the accused persons were members of the NGO – Take Action Ghana – which was to be used as a vehicle to embark on a series of demonstrations geared at toppling government.

She added that they procured weapons and test-fired same and contracted persons to manufacture grenades, pistols, among other dangerous weapons.