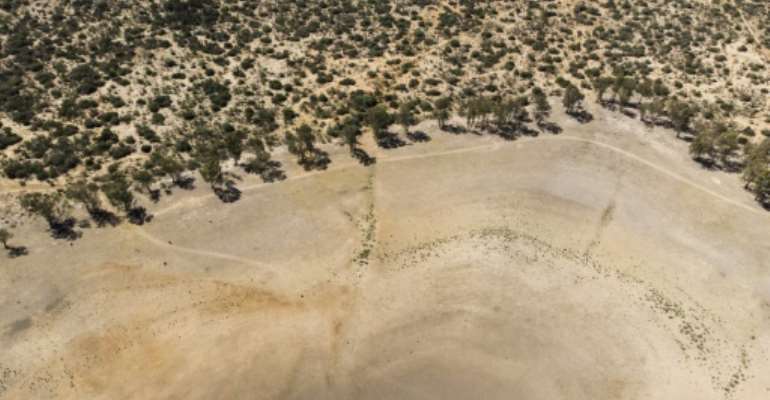 Droughts in Africa are expected to worsen when climate change moves into higher gear, say scientists. By Guillem Sartorio (AFP)

The International Monetary Fund (IMF) on Thursday warned that coronavirus could further weaken sub-Saharan Africa's ability to adapt to climate change, as measures to contain the pandemic stretch limited resources.

A recent study on the impact of rising temperatures and extreme weather events on growth suggests sub-Saharan Africa -- the region most vulnerable to climate change -- will be hit 60 percent harder than the average for other emerging markets and developing economies.

Details of the analysis show that economic activity in the region can shrink by one percent in a month when that month's average temperature is 0.5 degrees Celsius (0.9 degrees Fahrenheit) higher than average.

The IMF, which released the study on Thursday, called on policymakers not to sideline responses to climate change in dealing with coronavirus.

"Containing and managing the COVID-19 pandemic is taking a toll on already limited fiscal space and raising debt vulnerabilities in sub-Saharan Africa," said the report, adding that coronavirus funding could also be used to "simultaneously address climate change".

"Adaptation to climate change would also benefit other development areas, such as resilience to pandemics, and ultimately boost growth," it added.

According to the report, adapting to climate change would cost sub-Saharan Africa between $30 and $50 billion (26.6-44.4 billion euros) per year for the next decade -- the equivalent of around two to three percent of the region's GDP.

Sub-Saharan Africa has so far lagged behind the global curve for coronavirus infections and deaths, although the number of cases continues to rise steadily across the region.

The continent has recorded more than 163,000 infections and at least 4,600 fatalities to date, according to an AFP tally.

But experts believe those figures could be underestimated due to inadequate testing.

There are also fears poor sanitation and weak healthcare systems could hamper any response to full-blown outbreak.