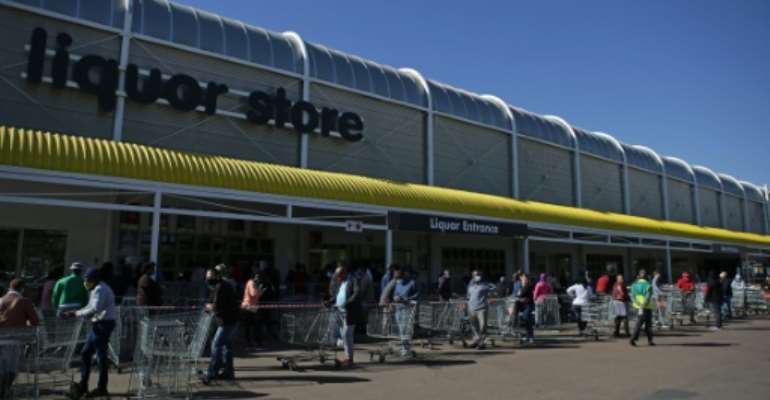 The alcohol ban was meant to ease pressure on emergency wards and prevent a feared spike in domestic violence. By Phill Magakoe (AFP)

Thieves in South Africa dug through a concrete floor into a shop to steal thousands of dollars worth of liquor days before an alcohol sales ban was lifted, police said Tuesday.

The thieves made off with whisky, brandy, gin, vodka and beer valued at around $17,000.

Workers at the Shoprite supermarket in the Newtown district of Johannesburg discovered the heist when they went in last Friday to prepare for the resumption of sales on June 1.

Until Monday, alcohol sales were banned under South Africa's strict lockdown regulations which came into effect on March 27.

The ban was meant to ease pressure on emergency wards and prevent a feared spike in domestic violence.

"They discovered a big hole on the floor next to (a) fridge where it is suspected that suspects might have gained entry from tunnels underneath," police spokesman Kay Makhubela said in a statement.

The Shoprite store, situated in a shopping mall, had been secured from the outside. 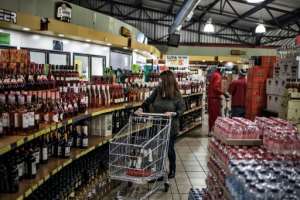 Until Monday, alcohol sales were banned under South Africa's strict lockdown regulations which came into effect on March 27. By MARCO LONGARI (AFP)

"But the suspects avoided the mall's main entrance and instead used electrical and storm water tunnels beneath the shopping centre to gain access to an area beneath the store", Shoprite said in a statement.

"They then tunnelled through the solid concrete floor directly into the liquor shop to gain access undetected.

"It is unclear how the thieves knew where to tunnel, nor how long it took them to get through the thick concrete floor, but they returned a few times to steal a large amount of stock," said Shoprite.

Footage from CCTV cameras showed the thieves first gained entry on 21 May.