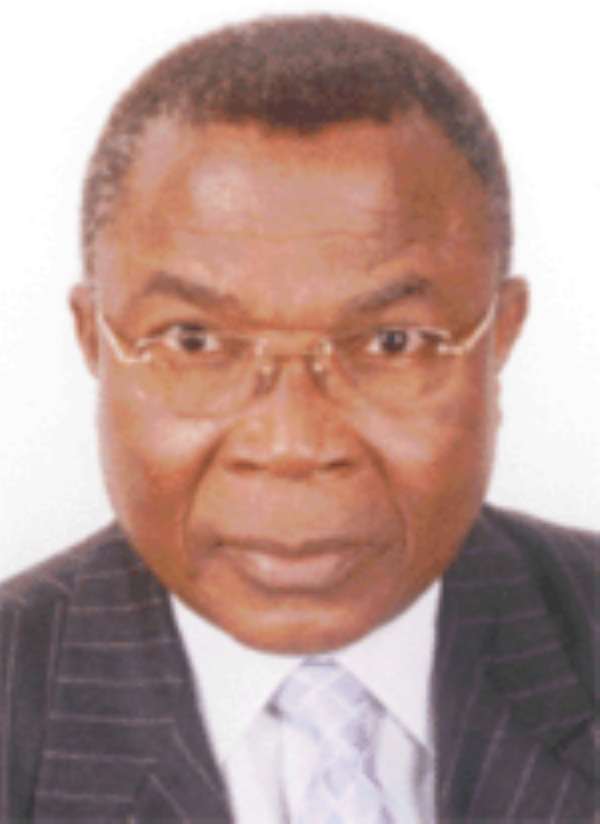 Mr Bright Oblitei Akwetey, a private legal practitioner, has filed a motion on notice for judicial review for an order of mandamus at the Fast Track High Court to compel the President and the Council of State to suspend the Chief Justice, Mr Justice George Kingsley Acquah, from office pending the inquiry into allegations against him.

The motion is seeking an order to let the President and the Council of State to comply with Article 146 (10) (a) of the Constitution that “where a petition has been referred to a committee, the President may, in the case of the Chief Justice, acting in accordance with the advice of the Council of State, by warrant signed by him, suspend the Chief Justice”.

The suit has been instituted against the Attorney-General as the respondent.

This is because the Constitution, under Articles 57 (5) and 88(5), does not allow the President to be personally liable to any civil or criminal proceedings in court so the Attorney-General should be responsible for the institution and conduct of all such cases on behalf of the state as the defendant.

Mr Akwetey, on January 13, 2006, petitioned the President seeking to remove Mr Justice Acquah on grounds of abuse of office and judicial misconduct which, according to him, constituted “misbehaviour” within the meaning of Article 146 (1) of the Constitution.

In his petition, the applicant alleged, among others, that the Chief Justice had misconducted himself by adopting a habit of instructing judges on the nature and type of decision to hand down in respect of particular cases which came before them.

He also alleged that the Chief Justice victimised three circuit court judges, namely, Mr Justice Emmanuel Ankamah, Mr Justice Anthony Oppong and Mr Justice Williewise Kyeremeh, by sending them on punitive transfers outside Accra in 2004 for failing to comply with such instructions.

Following the petition, the President, acting in accordance with Article 146 (6) of the Constitution, set up a Committee of Enquiry into the matters raised.

However, according to the applicant, the President, after having made the members of the committee public in March 2006, had still not acted in compliance with Article 146(10) (a) of the Constitution.

“This situation has allowed the Chief Justice liberty to continue to publicly undertake certain activities to create the impression that he is still in charge and the President will not act against him in accordance with this article, allowing him to continue to masquerade as a crusader against corruption,” he said.

Mr Akwetey said in relation to the committee set up by the President to enquire into his petition, he was served with a writ dated March 15, 2006 issued against him and the Attorney-General by Frank Twum of The Statesman Communications Limited.

He said when he received the hearing notice from the Supreme Court Registry to attend court on May 2, 2006, he wrote to the President on April 27, 2006 requesting him to suspend the Chief Justice so that he did not use his prerogative to empanel judges of the Supreme Court to hear the matter.

The applicant raised an objection to the empanelling of the Supreme Court when the case was called for hearing on May 9, 2006 on the grounds that the Chief Justice could not, in all sincerity, commitment to the principles of natural justice and in all conscience, empanel judges to hear a case which affected his very position as the Chief Justice.

He said both the President and the Council of State were compromising their official duties by turning a blind eye to the provisions of Article 146(10) (a) of the Constitution and thus were unwittingly abetting the abuse of power and judicial misconduct complained of in his petition.

“That, in these circumstances, where both the President and the Council of State are reneging on performing their public duties under the Constitution, mandamus must lie to compel them to perform their official duty,” he stated.

Mr Akwetey said the delay in complying with the constitutional requirement was causing the Chief Justice to flout the rules of natural justice by empanelling his own court to hear his case, thus being a judge in his own cause and making him to interfere with the proceedings if he remained in office during the enquiry.

The victims of the Chief Justice's punitive measures, he said, should be guaranteed the freedom, independence and courage to assist in the enquiry.