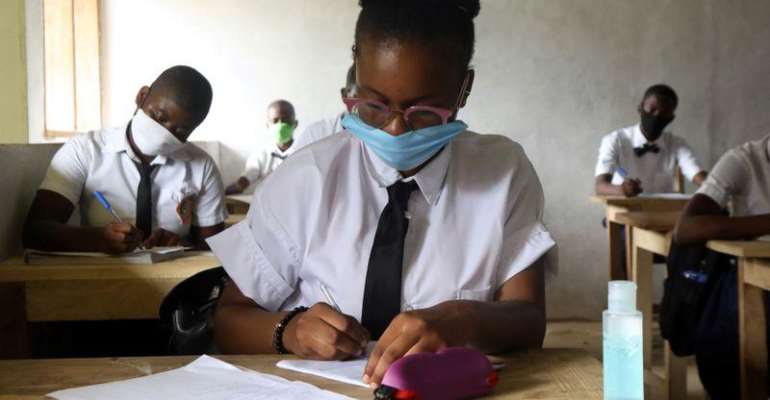 Ivory Coast has become the first country in West Africa to reopen schools following the easing of restrictions as a result of the novel coronavirus.

Officials from the education ministry of the West Africa country believe they have put in place enough preventive measures to avoid the spread of the disease among students.

Reports say students from most towns were seen in backpacks queueing to wash their hands under the supervision of teachers before being allowed entry.

Most of them were seen sitting one to desks which has been provided with bottles of hand sanitizers.

School authorities told journalists they are confident students can study together in safety after the introduction of measures to contain the spread of the pandemic.

Ivory Coast which is the world's largest producer of cocoa has currently recorded a total of 2,376 cases with 1,219 recoveries and 30 deaths.

It is not clear whether countries in West Africa will follow Ivory Coast's example but most schools in the private sector in Ghana have switched to virtual classes for their students for the past few weeks with various payment plans for students.

Students in the public sector however have been left to their fate for now with no official communication on how they intend to spend their final term which started a few weeks ago.