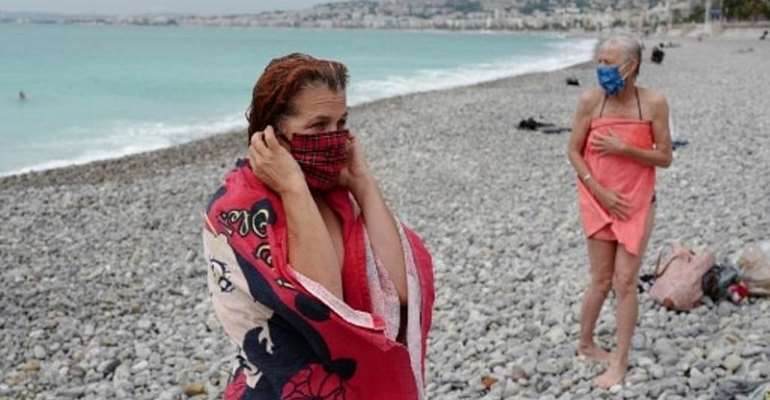 The warm spring weather and the lifting of lockdown measures are expected to bring many people onto the roads and beaches for the upcoming holiday weekend in France.

This is despite the 100 kilometre rule that prohibits people moving more than 100kms from their home as the health authorities continue to battle the coronavirus.

The French traffic monitoring service 'Bison Futé', which publishes updates in French, English and Spanish, says roads will be busy across France as the bank holiday on Thursday approaches and many people are planning a long weekend.

Roads around big cities such as Paris, Lyon, Marseille, Toulouse, Bordeaux and Lille, are expected to be particularly busy, especially in the mornings and evenings as people head out for the day.

Roads leading to beaches, which have recently re-opened,notably in the north and west of the country, will also see an influx of people.

Traffic will also be heavier due to the easing of restrictions on trucks weighing over 7.5 tonnes which will now be able to move around on Thursday and Sunday.

However, Bison Futé says it will not be as busy as it normally would have been due to the measures in place to curb the coronavirus, such as the ongoing closure of restaurants, bars, pools and most sports venues.

Some small museums and historical sites have been given the green light to re-open, and are expecting an influx of people over the long weekend.

In a statement published on Tuesday, the Ecology and Solidarity ministry reminded citizens that they must "respect the limit of 100 kilometres from one's home and continue to respect the hygiene measures in place", such as social distancing, and hygiene measures.

Worshippers who would like to celebrate mass for Ascension this week, however, will have to wait as churches have not yet re-opened to the public.

Must stay on the move
Hundreds of coastal leisure areas around France began to open last week, albeit gradually, many of them located in the northwestern region of Brittany.

Visitors must respect rules in place, such as staying 'on the move', maintaining social distancing and hygiene measures.

Static activities such as sunbathing and picnics have been banned in a bid to prevent a second infection wave.

Three towns in France's northwest region of Brittany, on the Atlantic coast announced on Wednesday they will close their beaches, just days after reopening, as the measures were not respected.

Officials said "beachgoers had failed to keep a safe distance from one another and gathered in several static groups."

The prefecture of Morbihan said beaches at Damgan, Billiers and Erdeven would be shut from Wednesday evening because of "unacceptable behaviour" last weekend and other beaches may choose to follow.

Residents are concerned that the long weekend will draw too many visitors from outside the area.

Tourism boost needed
The French government is keen to get the economy back on track after two months of a lockdown.

The tourism industry, which accounts for roughly eight percent of France's economic output has been one of the key areas to suffer economically and is to receive a financial boost from the government.

The next phase of easing lockdown restrictions is due to be announced by President Emmanuel Macron on 2 June.