PP Is Crumbling Very Fast As We Predicted 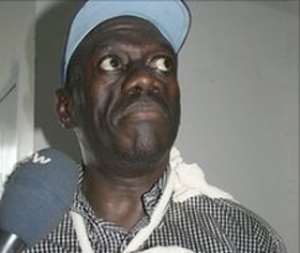 The allure of revision--the debunking of conventional opinions--routinely inspires a return to very familiar subjects like the "Mole."— a term that has been used in propaganda to character assassinate certain personalities in opposition.

From the start, Bobi Wine’s supporters would have us believe that Winnie Byanyima and her husband, Dr. Besigye Kiiza, are working for Museveni. But it is increasingly becoming clear that most of them have been working for Museveni to disorganise the opposition, or what is left of the opposition now because it’s so weak. I am not surprised by what is happening in People power-Read my previous posts again- you will find this message somewhere.

As their defence against those who had warned them about the weak foundation of the People Power (PP) Movement, they cite former FDCs who have crossed over to NRM over the years. And I am here to remind them that FDC was registered as a party in 2004. Before that, there was a pressure group called Reform Agenda, the same platform Besigye used to hunt for votes in 2001. Nobody who was a pillar in Reform Agenda or FDC crossed during the early stages of both organisations, as is the case with PP. I guess that says much more about the future of PP than FDC.

Ashburger Katto, one of the PP bloggers, says that he was among the original seven founders of the PP movt, and now he is NRM. Reform Agenda had its own ‘askaris’ in Beti Kamya(now a minister in Museveni’s govt), Anne Mugisha, Winnie Byanyima, e.t.c, and they never crossed to anywhere till when life caught up with them-- I mean some of them crossed after celebrating their 50th birthday, that's the time one starts thinking more of themselves than causes, especially if one hasn't done much materially in their 30s and 40s. Nonetheless, these ladies worked so hard for REFORM AGENDA and FDC, and change, regardless of what happened later in their lives. But we are talking about a Movement, I mean PP, that's not even 5 years old and its crumbling in pieces.

As a side note, we do not and probably never will know beyond a doubt the brains behind the formation of PP. All people know is Bobi Wine, and that is it, but Katto says that he was among the founders of the movement. Clearly, though, it's coming down before our eyes, and this is something we need to look into.

To realize how off Bobi’s supporters are, consider visiting Besigye’s page and read comments to his posts October-December 2019. The comments are so awful and detrimental to the cause. I really hope that people find it in their heart and apologise to Besigye. Besigye is, of necessity, more respected than any other opposition leader because of how much he has carried the opposition for year. Their abusive comments divided the opposition to great lengths and civil debate was thrown out of the window.

In such a climate, the role of the critic becomes especially important, and exceptionally difficult. We tried to reason with some people but the excitement was so much, such that we all ended up losing focus.

What I want Ugandans to know is that Its ok for any Ugandan to get endorsement from the Uganda govt for a job abroad. Its ok for any Ugandan to take a photo with the president of Uganda, especially on official functions. Taking a photo with Museveni, in his capacity as the president of Uganda, or getting an endorsement for an international job, or getting any help from the govt, doesn’t in anyway confirm one’s political affiliations.

It’s well known that Winnie was M7's baby before she started dating Besigye, and they separated amicably, like adults--So, I don't know why it should surprise you why he still has a soft spot for her, compared to other political opponents. In a book called "Kiiza Besigye And Uganda’s unfinished Revolution," which recounts Winnie’s relationship with Museveni, Daniel Kalinaki explains that Winnie was 27 years old in 1985 when Museveni returned to the country from Sweden, and they were together. Apparently, Tanzanian security operatives escorted them to the border at Mutukula and handed them over to the NRA fighters. They found Besigye at the Mobile Force HQ at Kinoni, near Masaka. However, Winnie and Museveni had met earlier, when Nzee Byanyima had taken in Museveni who used to spend school breaks at his home in Ruti, Mbarara.

Winnie is with Besigye out of love, not conspiracy. In her own words, she said,’he was the only person remembering Major Bwana.It really touched my heart that somebody could, be true, so loyal. This is how Besigye won my heart. Nothing else…….I admired the selflessness, loyalty, and commitment’

Stalk my blog at: http://semuwemba.worldpress.com