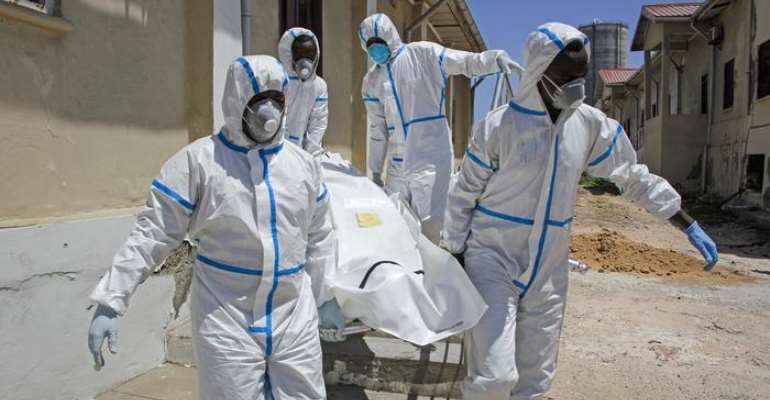 The Coronavirus could kill 150,000 people in Africa over the next year unless “urgent action” is taken, researchers warned in a regional report from the World Health Organization (WHO) released Friday.

The study, published in the journal BMJ Global Health, modeled likely rates of exposure to the virus in 47 African countries.

Researchers predicted that around 22% of Africa’s population of 1 billion will be infected within a year, with around 37 million symptomatic cases. This could result in around 150,000 deaths.

While the modelling showed an overall lower infection rate in Africa compared to Europe and the US, experts warned that health systems there could quickly become overwhelmed.

“Interruption of its transmission to prevent widespread community transmission is critical because its effects go beyond the number of COVID-19 cases and deaths and affect the health system capacity to provide other essential services,” the report read.

The outbreak could result in the diversion of medical resources away from health issues already present in region, such as HIV, tuberculosis, malaria, and malnutrition. For this reason, African countries could see higher fatality rates among relatively young people, researchers said.

“The region will have fewer deaths, but occurring more in relatively younger age groups, amongst people previously considered healthy — due to undiagnosed non-communicable diseases,” the report said, adding that these trends could already be seen emerging. Highest-risk countries

Using the risk of exposure and vulnerability indexes, researchers were also able to derive infection probabilities for individual African states.

The results showed the largest number of overall infections occurring in Nigeria, Algeria, and South Africa, with Mauritania, Seychelles, and Eritrea recording the fewest overall cases.

However, in terms of per capita infections, Mauritius, Seychelles, and Equatorial Guinea were positioned to have the highest proportion of their populations affected. Action must be taken now

The study encouraged the use of non-pharmaceutical measures as the best approach to counting the outbreak.

“The effect of avoiding widespread and sustained community transmission of SARS-CoV-2 is significant, and most likely outweigh any costs of preventing such a scenario,” researchers wrote.

They called for swift improvements to healthcare facilities, with an emphasis on primary hospitals increasing patient capacity.