Police: Where Is Mubarak Bala? 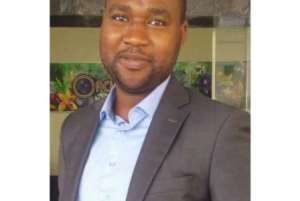 As it stands now, the fate of Mubarak Bala, Nigerian humanist who was arrested last week is unknown. Nobody is sure if Mr. Bala is alive or dead. If he is alive, no one knows the conditions of his detention. Mr. Bala was last seen on April 29, 2020, a day after police detectives from the Kano State Command arrested him in Kaduna.

As soon as the information reached me that Mr. Bala was in the police custody, I contacted the Commissioner of Police (CP) in Kaduna and the Police Public Relations Officer (PPRO). They confirmed the arrest of Mr. Bala but could not provide details. They made it clear that Bala’s case was not their case and that Bala would be transferred to Kano for investigation. They declined to disclose the reason for the arrest and if Bala’s case could be transferred to Abuja or any other neutral place.

After speaking with the police officers in Kaduna and it was obvious that Mr. Bala would be taken to Kano, I tried to interact with the chief police officers in Kano. I rang up the Assistant Inspector General (AIG), the CP, and the PPRO in Kano. The AIG said he did not know about the case and asked me to contact the CP, that the case must be with the state command. I called the CP and he confirmed that there was a petition against Mubarak Bala at the state command. That they had ordered his arrest in Kaduna. He said that they were waiting for him and asked me to go and get a lawyer. I could not reach the PPRO on that day. I called him several times but he did not pick his phone. The following day I called the CP several times, he did not pick the phone. I eventually got through to the PPRO after several attempts but he was more interested in knowing my relationship with Mubarak. He repeatedly asked me if I was among those encouraging him to make blasphemous posts on Facebook. I urged him to allow the lawyer to meet with Mubarak. The lawyer has gone to the state police command on three occasions without seeing Mr. Bala. The police officers that he met claimed that they had no knowledge of Mr. Bala’s case and where he was detained.

As it stands now, the whereabouts of Bala is unknown. No one has seen him since the police moved him to Kano. In fact, no one can confirm if Mr. Bala is dead or alive. The police have a responsibility to provide information about Bala’s current state. They need to disclose the conditions of his detention. The police cannot indefinitely keep Bala in custody. In fact, it is illegal for the police to detain a person without charge beyond 48 hours. So the police have a responsibility to produce Bala, give him access to a lawyer, charge him in a court, or unconditionally release him.

For now, the police need to provide answers to these very urgent questions: where is Mubarak Bala? Is he dead or alive?

Feature Article
Powered By Modern Ghana
Revenue Bonds
Contempt Case Against Ken Agyapong Totally Deficient, Unconstitutional and Must Not be Entertained in Ghana.
‘Bad Boy’ Nigeria @ 60
The Okada Debate
Another Quick Note To Ghana's Foremost Green Entrepreneur - Legon Botanical Gardens' Eugene Kofi Boakye-Yiadom
Democracy and Tribalism In Ghana, The Need To Depart From Our Deeds.
The Sleeping Dogs in the New Voters' Register that got Disturbed Must be quickly tamed
Ablakwa Is Rather too Young and Naïve to Handle Fracas Between Ghana and Nigeria
Attacking Amaechi: “Resign now if you have any integrity left in you”, Eze to Wike
COVID-19 Updates Live Dashboard
TOP STORIES