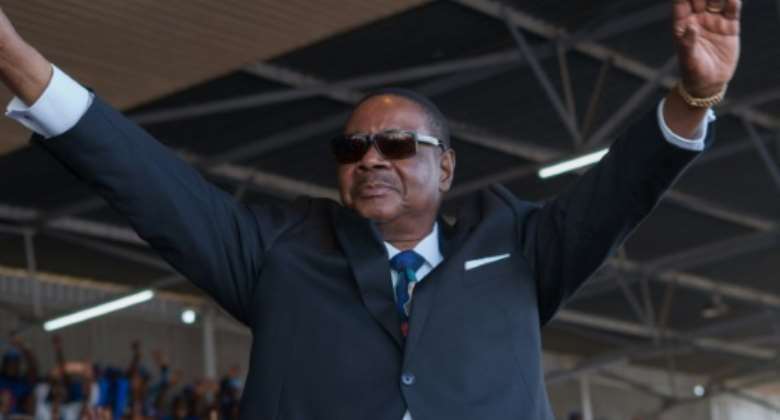 Mutharika had garnered just 38.5 percent of the annulled May 21 vote to win a second term but the Constitutional Court nullified the results, citing "grave" and "widespread" irregularities, including the use of correction fluid on ballot papers.

Both Mutharika and Malawi's national poll body (MEC) had appealed the ruling and Mutharika had accused the court of bias.

Mutharika's re-election had spawned widespread protests for months and the military had to intervene as confrontations between police and protesters turned violent.

"We have listened to the petitions by the two parties and we dismiss both the appeals in their entirety," said Supreme Court Justice Frank Kapanda.

In his appeal, Mutharika said the judges had "erred in law".

"We find that the first appellant (Mutharika) was not duly elected to the office of the president," said Kapanda, one of seven judges who read out the ruling in the capital Lilongwe.

"The conduct of the electoral commission left a lot to be desired," Kapanda said. "There was a lack of seriousness and incompetence."

Justice Lovemore Chikopa condemned the use Tippex to alter results as an "unlawful and gross irregularity".

The Malawi Electoral Commission reacted cagily to the latest ruling.

"We respect the ruling of the Supreme Court," said MEC spokesman Sangwani Mwafulirwa. "We will study it and advise a way forward."

The election rerun is scheduled for July 2.

Three candidates including Mutharika filed their nomination papers this week.

"Democracy has won, the people of Malawi have won," said vice president Saulos Chilima, who is running under the banner of main opposition candidate Lazarus Chakwera.

The president's spokesman did not immediately reply to AFP requests for comment.

It is the first time a presidential election has been challenged on legal grounds in Malawi since the southern African country's independence from Britain in 1964.

The Malawi Congress Party of Chakwera -- who came a close second in May with 35 percent of votes -- joined forces with Chilima's United Transformation Movement to maximise their chances of unseating the president in July.

Mutharika has so far refused to pass the electoral law amendments.

"Some of the grounds for appeal were not just fictious but purely unprofessional, disrespectful and distasteful," said Chief Justice Andrew Nyirenda.

[Video] We can retaliate but we want the laws to work — Angr...
40 minutes ago