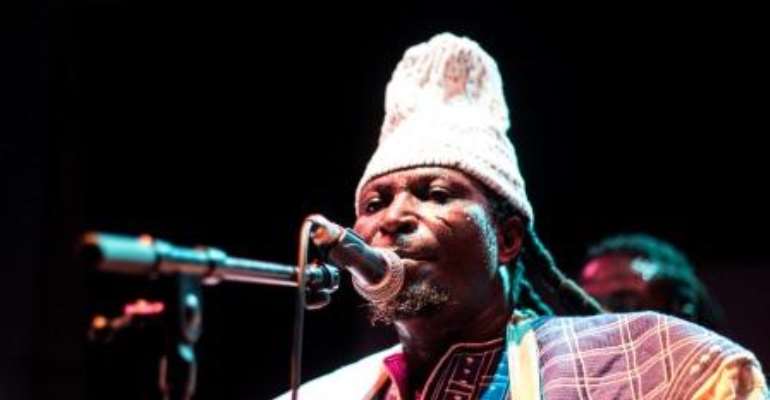 After touring many European festivals, King Ayisoba, the widely acclaimed "King of Kologo Music" brings the second edition of the Batakari Night to Alliance Francaise Accra.

The musician is currently one of the most popular Ghanaian artists abroad. Batakari Night will feature some of Ghana's leading Kologo players and special guest appearances from Wanlov, Kwaw Kese, Stevoo , Yaa Pono and Zea (from Holland) with whom King Ayisoba has worked extensively.

In attendance also will be chiefs, government officials and a host of others.

The first edition which was in January 2015 was a remarkable one. King Ayisoba promises to make it better and exciting. He says the night will not be an ordinary one but one that is more ‘spiritual’.

King Ayisoba’s style of music is melodic and percussive. It is one that is exclusive to him. He has displayed diversity and innovation by using traditional instruments together with hiplife; a style that emerged in Ghana in the mid-90s and contains hip-hop and dancehall elements beats. His lyrics are very personal, sometimes funny, often urgent and always imaginative.

Everyone is encouraged to wear Batakari, as it is one of the few wholly locally produced fabrics in use today. The Batakari night is a night of fantastic music, performances and a market place for some of the finest batakaris ever made.

This year's edition will be in two parts, the first is slated for January 30 at Alliance française and the second on February 7 at the Jubilee Park in Bolgantanga.

For those who missed it last year, you don’t want to miss out on spectacular performances,

Rock that Batakari and join us celebrate a rich Ghanaian and African cultural music led by the King of Kologo Music himself.

You're A Covenant Keeping Leader — Ahafo Chiefs To Akufo-Add...
5 minutes ago