Bisa Kdei : I Will Marry Becca If She’s A Gift From God 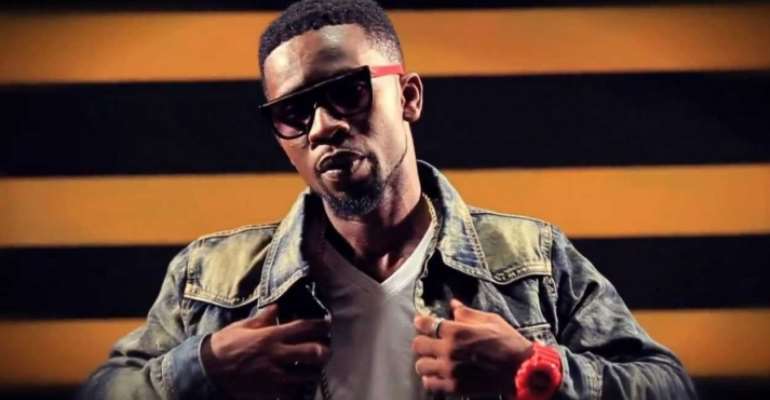 Highlife star, Bisa Kdei says he is not romantically linked with his close friend, Becca but would not mind dating her and eventually marrying if she is available and “is a gift from God”.

The two musicians have on separate occasions denied rumours that they are an item, with Bisa Kdei revealing that although their relationship is purely platonic, he would not mind taking her as his wife if she is a gift from God.

The Broda Broda singer made this revelation that he was open to a serious relationship with the curvaceous diva last Saturday when he was interviewed by DJ Reuben on Nhyira FM in Kumasi.

“Becca and I are very good friends. In fact, the closest I have come to Becca is holding her hands, giving her hugs or pecks on her cheeks.

“There is no sexual relationship between the two of us,” the artiste whose Mansa and Broda Broda songs have taken over the music chart show in the Ashanti Region said during Nhyira FM’s maiden Kasa Hare Movement show.

When asked by the show’s host if he would not want to marry the Hwe singer given the chance, Bisa Kdei, who made a brief stopover at the station on his way to perform at a pool party at Offinso, said, however, that, much as he had no sexual relationship with Becca, he would not mind having her as a wife if she is a “gift from God.”

Both Becca and Kdei sing love songs and are believed to be collaborating in producing a number of songs and are still considered close partners but Kdei insists it was purely business.

Kdei’s two singles Broda Broda and Mansa are part of a full album which is scheduled for release on Saturday, December 19, 2015.