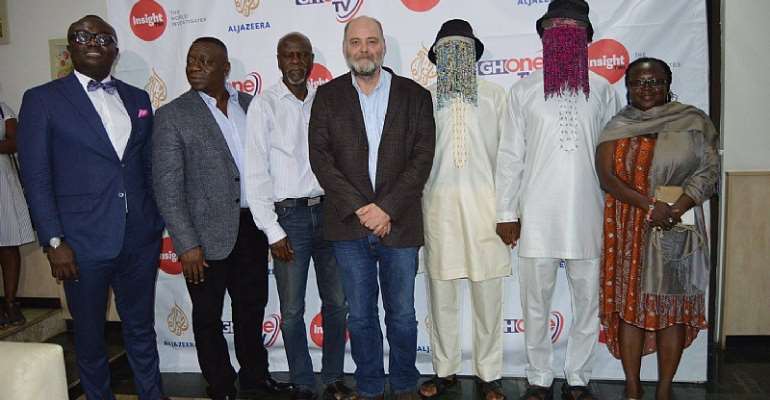 Africa Investigates is a documentary series that gives some of Africa's best journalists the opportunity to pursue high-level investigative targets across the continent - using their unique perspective and local knowledge to put corruption, exploitation and abuse under the spotlight. The series is produced by Insight TWI and commissioned by the Al Jazeera International news network.

All too often in the past, African reporters have not been able to pursue wrongdoing because it involves powerful figures who wield undue influence over local media - financial, corporate or political - or because it is simply too dangerous. Investigative journalism is a perilous profession in many African nations, where intimidation, beatings, imprisonment and death threats can be an occupational hazard. As a result they have often had to sit idly by while Africa's story has been told by Western correspondents, "parachuted in" for the purpose, who reinforce stereotypical views about African people and their supposed inability to face up to and solve their own problems.

It is this trend that Africa Investigates seeks to correct.

Since the launch of the first series in 2011, Africa Investigates has empowered African investigative journalists to produce impactful and award winning documentary films that have revealed the truth about corruption and abuse across the continent (See list of some notable films and synopsis attached).

Now in its third season, Africa Investigates seeks to empower even more African Investigative journalists to tackle the biggest and most important stories across the continent.

GhOne is a new addition to the EIB (Excellence in Broadcasting) family with the vision to become the premier Information and Communication Services Organization by leading our Market with a Global Perspective.

As the hub of news, current affairs and entertainment especially for the youth across the country, we are inspired to influence society positively hence our partnership with Insight TWI; The World Investigates and Al Jazeera International News Network in the broadcasting of one of the most sought after award winning documentary films that has revealed the truth about corruption and abuse across the continent.

At GhOne we are committed to serving our dear nation with quality news, current affairs and entertaining productions with the mindset of inspiring our viewers with thought provoking television content. In View of this GhOne Television is happy to partner with Insight TWI; The World Investigates and Al Jazeera International News Network to give Ghanaians the opportunity to view the Africa Investigate Documentary Film Series on GhOne Television.

List of Africa Investigates Films
Fools Gold
Ghana is the second-largest producer of gold on the continent and is now home to a large network of gold fraudsters. But the new gold rush has come with a big rise in scams and confidence tricks. They now represent a major threat for companies and individuals and many of them take place in Africa.

Investors have lost millions at their hands.
In this investigation, we go undercover to lift the lid on this illusory pot of gold.

Zimbabwe’s Child Exodus
Over the past decade, tens of thousands of Zimbabwean children have taken quite remarkable risks to smuggle themselves across the border into South Africa. For the most part they are acting illegally, and most travel alone or unaccompanied by adult relatives, but it is the only way that many of them feel they can escape the debilitating poverty, disease and violence they have experienced under Robert Mugabe's regime. Zimbabwe's Child Exodus is a searing investigation into a phenomenon, ignored by much of the world's media, that has seen school-aged African children struggling for survival and facing a dangerous and uncertain future.

Sierra Leone: Timber!
Illegal logging is laying waste to Sierra Leone’s endangered forests. Despite years of laws and bans, its precious timber is still being exported abroad and unless something is done the country’s woodlands will have been destroyed within a decade. So why can the authorities not do more to stop it?

In this edition of Africa Investigates, reporter Sorious Samura exposes the high level corruption that is stripping his homeland bare.

Liberia: Living with Ebola
On a journey to the epicenter of the Ebola epidemic, award-winning journalist Sorious Samura follows Liberia's poorly paid and ill-equipped health workers as they risk their lives to treat the infected and recover the bodies of the dead.

Ghana Gold
With the price of precious metals surging on the world market, Ghana is experiencing a new gold rush as more people try and get access to its most famous export. Unfortunately, much of that effort revolves around unlicensed - and hence illegal - mining operations, known locally as galamsey, which are often funded by foreign speculators and criminals. The potential profits are huge but few if any of the groups and individuals involved will spare a thought for the environmental destruction illegal mining causes or for the safety of workers they hire, on pitiful salaries, to extract the gold on their behalf. As Ghanaian investigative reporter, Anas Aremeyaw Anas, has been discovering, the consequences of this indifference can be tragic.

Spell of the Albino
In this remarkable episode of Africa Investigates, Tanzanian journalist Richard Mgamba, albino community representative Isaack Timothy and Ghanaian investigative journalist Anas Aremeyaw Anas set out to Investigate the sinister trade in the body parts of murdered albinos in Tanzania.

In the process they meet two albino children, victims of vicious assaults that occurred in the weeks the film was being made. One of them is a 12-year-old boy who had part of his hand cut off, allegedly with the connivance of his father who is now in police custody and awaiting trial. The other is a 16-year-old girl whose left arm was hacked off by a stranger with a machete.

Zimbabwe: Stealing Lives
Zimbabwe has one of the highest rates of HIV and AIDS in the world; nearly 15 pecent of the population carry the virus. Hundreds of thousands of Zimbabweans are kept alive by anti-retroviral drugs (ARVs) given freely by aid agencies on condition that they are not re-sold and that they are used for treating those in need. The drugs have played a vital role in stabilizing a situation that was running out of control a decade ago, citing the death rate by more than two-thirds.

As Zimbabwean health reporter Cassim John discovered while making this disturbing film for Africa Investigates, the medicines are somehow being siphoned out of hospitals, clinics and the national pharmaceutical network and then sold on the black market – often for use as recreational narcotics.

So who is responsible for this illegal trade and why is it being allowed to flourish?

Nigeria's Fake Doctors
Take a drive though any city or large town in Nigeria and the chances are you will come across numerous privately owned health clinics, doctor's surgeries and hospitals. They are so widespread because Nigeria's state-run health system – ranked at 197th out of 200 by the World Health Organization – is chronically underfunded and so overstretched that it simply cannot meet all the demands made on it. Private medicine fills the gap and in the best cases, at least for those who can afford it, it can provide a valuable alternative service.

Ghana: Food for Thought
Following the discovery of oil in 2010, Ghana is on the road to becoming one of Africa's more economically successful countries. But it is not quite there yet and still ranks 138th out of 187 countries in the 2014 Human Development Index. The most obvious signs of this poverty are found in the north of the country, where most of the population are small scale subsistence farmers who have to battle with poor soil quality, an erratic rainy season, and recurrent floods and droughts. These problems in turn often lead to serious food shortages and high rates of malnutrition.

In this episode of Africa Investigates, Ghanaian journalist Anas Aremeyaw Anas sets out in search of the answers and unveils a truly shocking tale of theft and corruption.

Uganda: Temples of Injustice
Judicial corruption undermines the fabric of any modern society. If the police routinely take bribes and court officials are for sale to the highest bidder, then justice is put beyond the reach of ordinary people and it becomes impossible to trust the law.

But as this episode of Africa Investigates reveals, that is exactly what is happening in Uganda. Local journalist Emmanuel Mutaizibwa goes in search of bent cops and crooked lawyers. His film - much of which was filmed undercover in and around one court on the outskirts of the capital Kampala - reveals that corruption in the judiciary is disturbingly commonplace. 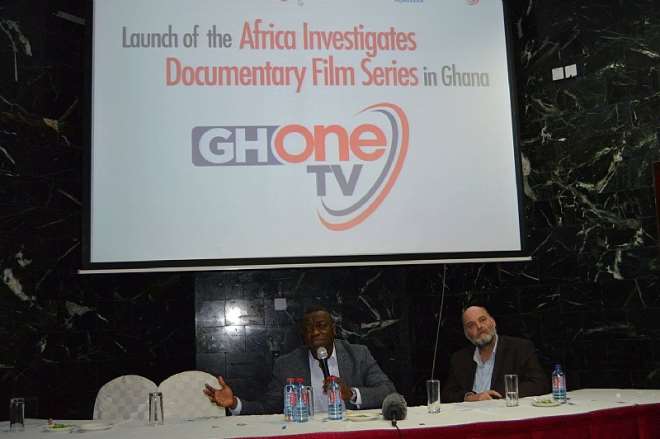 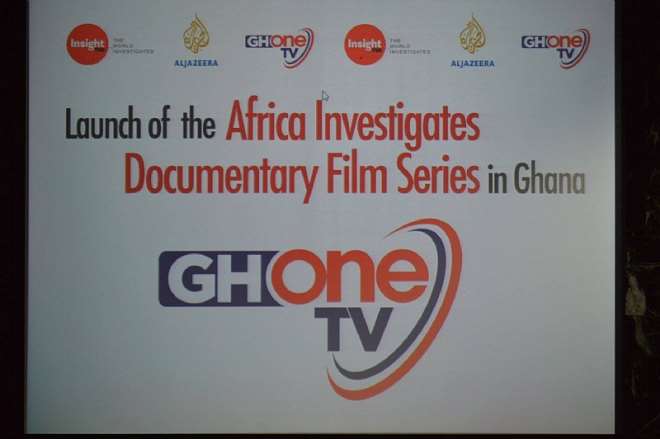 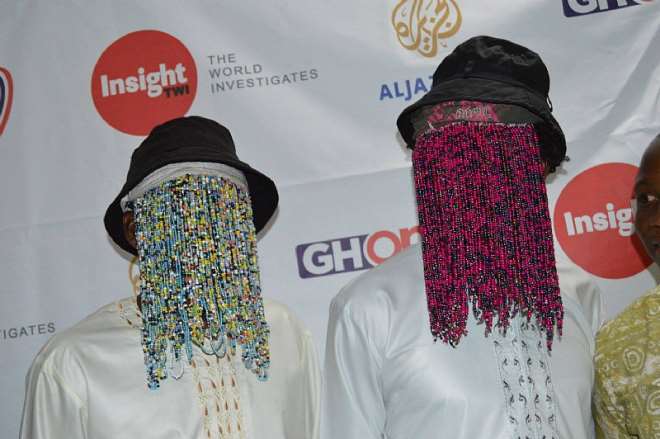 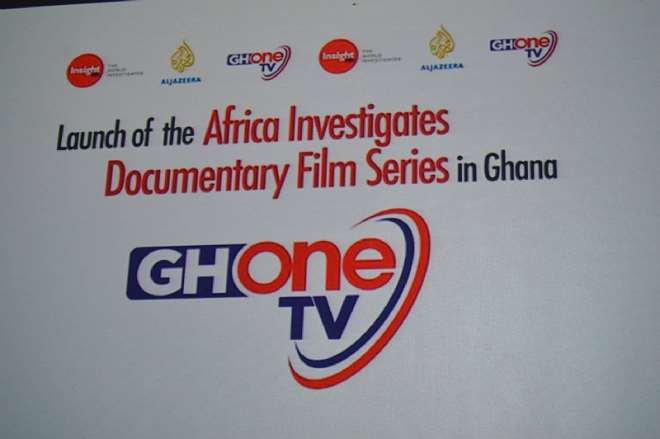 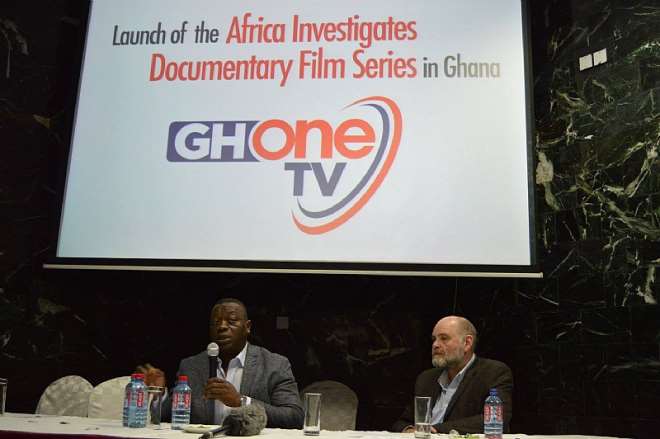 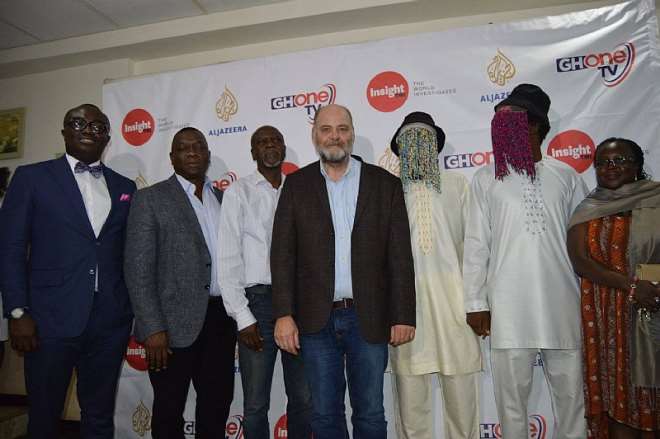 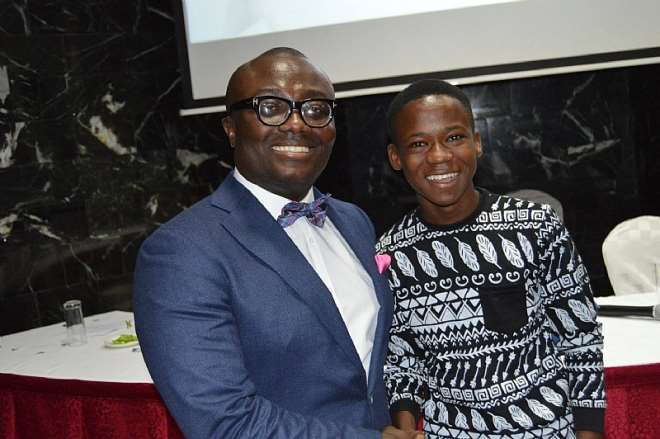 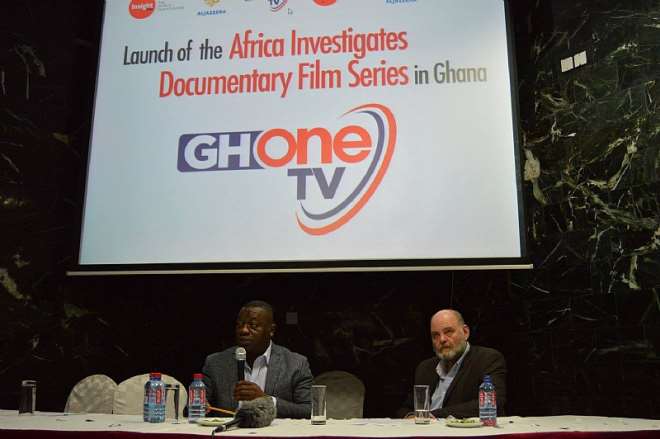 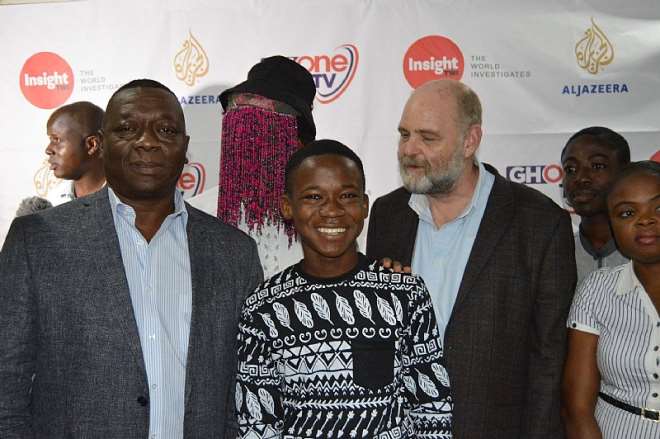 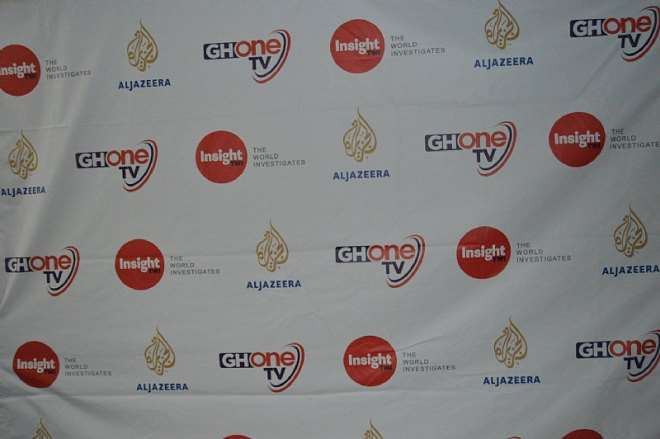 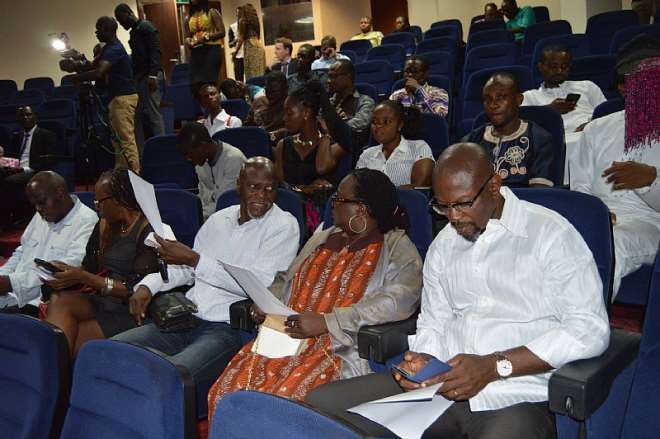 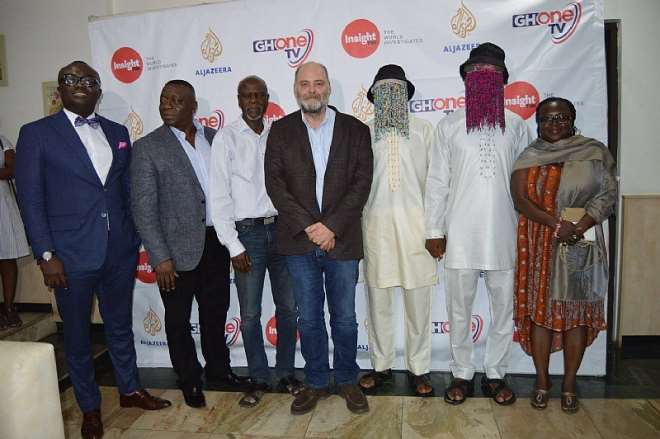 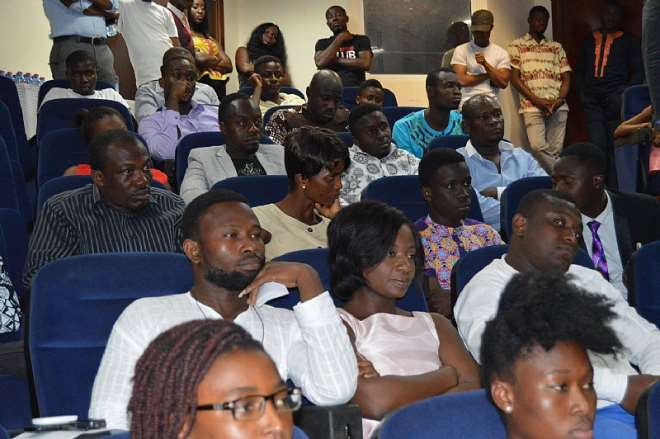 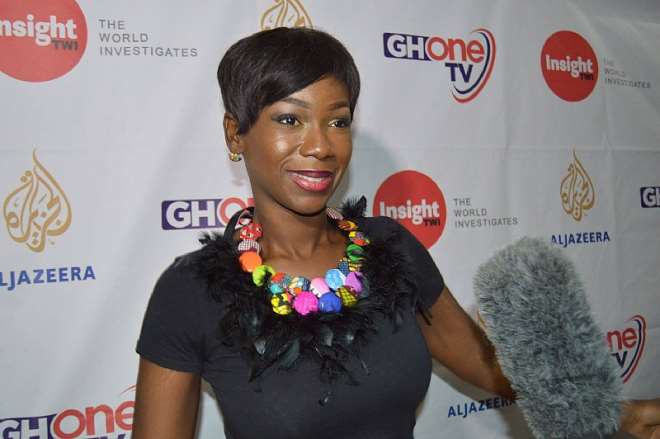 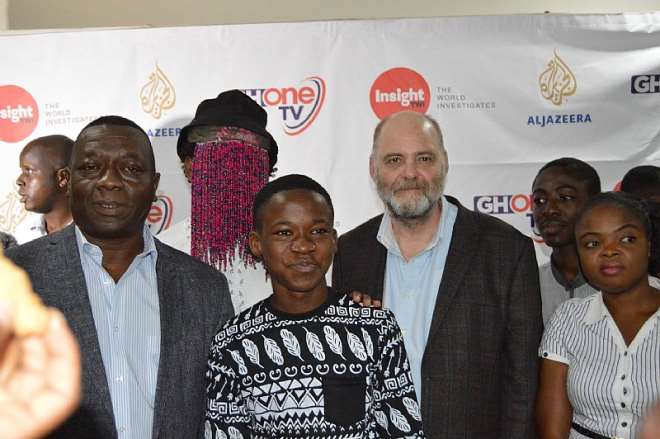 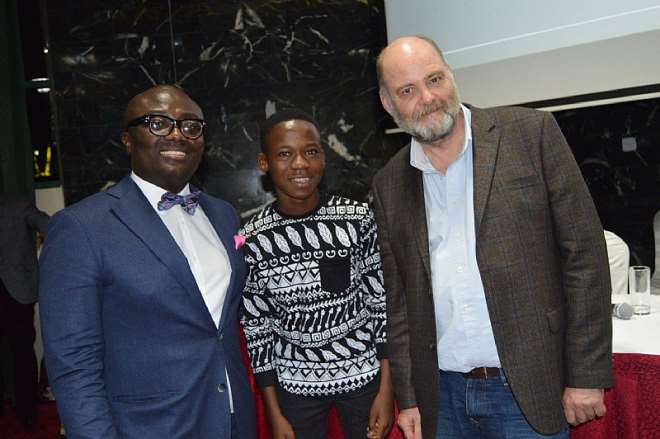 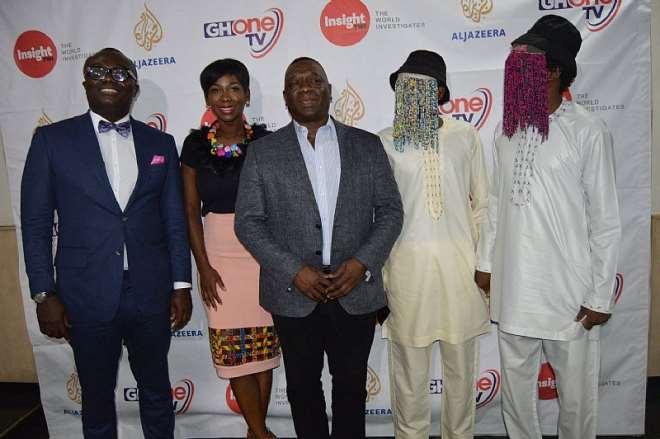 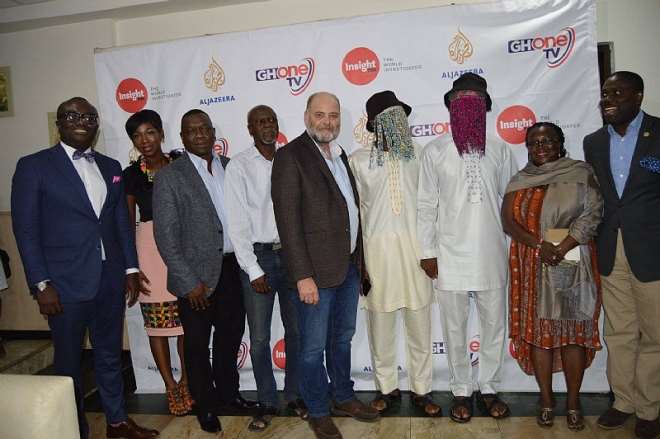 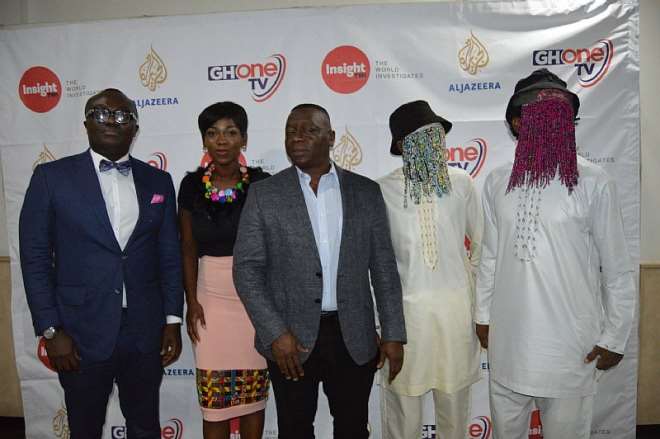