I'm not interested in money from my hiplife songs - Lord Kenya 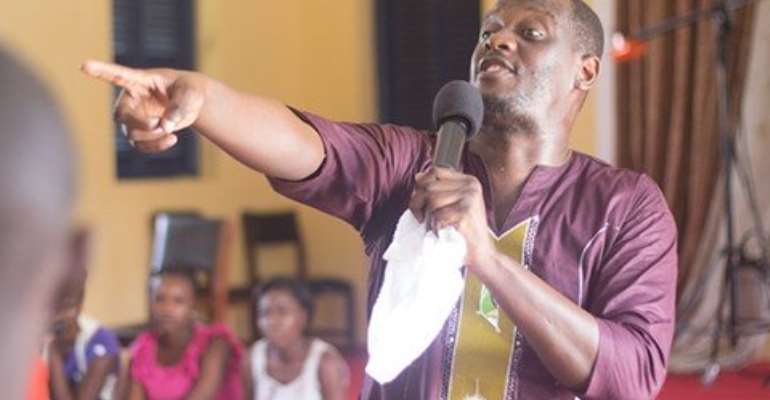 Hiplife-musician-turned-Evangelist, Lord Kenya, says he is not interested in royalties accruing from his old songs.

He said, he does not want to have anything to do with his old songs but would rather prefer that the Ghana Music Rights Organisation (GHAMRO) gives him monies accumulated from his new gospel album 'Testimony'.

He said this when asked if he had received his royalties from GHAMRO. He was speaking in an interview on Showbiz Filla with Amanda Jissih on Hitz FM.

According to him, he has gotten to a stage in his life where he does not take interest in certain things again because his focus is on winning souls for God.

Lord Kenya said he will give any money from his worldly songs to his former manager Mark Okraku-Mantey.

He also hinted that Mark was going to manage him [Lord Kenya] again and Mark will also do the work of God very soon. (Mark Okraku Mantey once managed Evangelist Lord Kenya during his prime as a hiplife musician).

Lord Kenya said he also reaches out to, and prays for, some of his former colleagues in the entertainment industry which is why he has refrained from criticizing them.

On Ofori Amposah's decision to go back to doing highlife music after turning away from the music genre a few years ago to pursue a higher calling from God, Lord Kenya said, “my duty is not to pull someone down, my duty is to support someone in terms of whatever he might be going through and must pray for him.”

He said, it's wrong to prevent people from making their own choices.

His comments come in the wake of Ofori Amponsah's decision to release a highlife song again because his gospel songs appear not to be selling.

Lord Kenya similarly took a decision five years ago to win souls for God and has since not looked back.

He said, “it is always going to be difficult because I was leading a certain kind of life and so for you to stay away, it takes the Grace of God.”