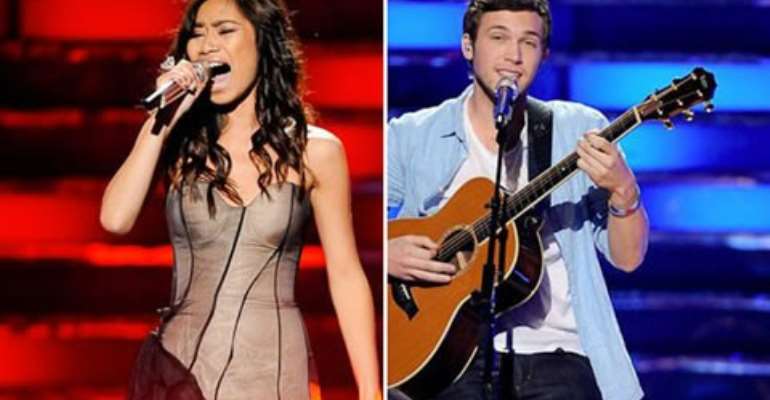 Phillips, 21, a shop worker from Leesburg, Georgia, was overcome with emotion as he ended the show with his first single, "Home".

Runner-up was Jessica Sanchez, 16, a southern Californian of Filipino and Latino descent.

The contest remains one of the most-watched shows on US television.

In the final round, viewers cast a record 132 million votes.

"All the fans out there, thank y'all for voting for us," said Phillips before host Ryan Seacrest announced the result.

Phillips was the fifth male American Idol winner in a row.