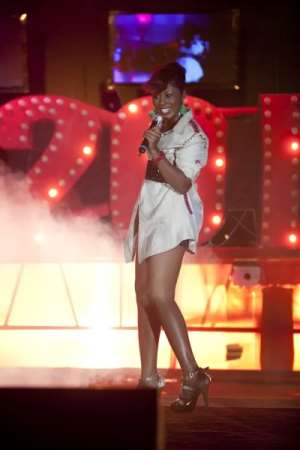 Ghanaian female rapper Tiffany is giving her music career a boost with the release of her first single in 2012, titled, 'Akyee Wo'.

Produced by Ghana's finest Killbeatz, the song will be hitting the airwaves today Friday May 11.

It is her first single ahead of her upcoming debut album, 'Itz Tiffany'.

It has not been confirmed when the new album is coming out, but info from her camp says soon.

Yesterday, media reports said the rapper was rebranding from Tiffany to 'Itz Tiffany.'

“Basically, I always say 'Itz Tiffany' in my tracks and now it has become a part of me, when I'm out and about my fans even address me as 'Itz Tiffany' so I thought why not make this official,” she stated.

She went to Cambridge School and from there to Yaa Asantewaa Girls High school where she played a major role in entertainment committee and performed at almost every musical concert on campus.

She was also a member of the drama club. She released her first single in 2006 and has been working hard to perfect her skills in the Ghanaian music industry.

After the release of 'Fake London Boy', Tiffany returned with her 'Last One' ft Castro.

It enjoyed massive airplay and made waves across the whole country. Tiffany enjoys listening to hiphop and hiplife music.