Blame It On Sarkodie 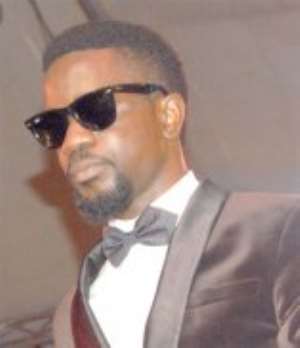 As if the disqualification of R2Bees hit song Agyei from this year’s Vodafone Music Awards because of its risque lyrics is not enough, music producer, Mark Okraku Mantey is putting the blame partially at the doorstep of who featured on the song.

According to Okraku, , Ghana’s fastest rapper doesn’t use risque lyrics in his own songs so he doesn’t see why he should do that when featuring on someone else’s work.

Talking to Graphic Showbiz, Okraku said is not noted for singing profane so he was surprised he came up with those lyrics on Agyei.

“If Daddy Lumba or A.B Crenstil did that, it wouldn’t have come as a surprise but coming from is shocking. He would naturally not use profane lyrics in his own songs.

“Anyway, I wouldn’t put all the blame on . R2bees should have known better than to allow to use such words on their work”, he added.

However, the manager of R2bees, Ike Otoo Arhin disagrees with Mark. He said R2Bees doesn’t have a problem with Agyei being disqualified from the VGMA.

“ You see, R2bees has been able to make a very big impact with Agyei. The group did the song not necessarily targeting the Ghana Music Awards but rather coming out with something that Ghanaians will love and I think they have been able to achieve that.

“As we talk now, R2bees is touring some parts of London with Agyei and would return somewhere next week” the manager told Showbiz.

On his part, a representative of has challenged Okraku to come again: “ Why is he picking on only ? Nana Borro who also featured on Agyei used what I believe are more suggestive lyrics so he should leave alone”.

Let's Avoid Second Wave Of COVID-19 By Following All Protoco...
8 minutes ago