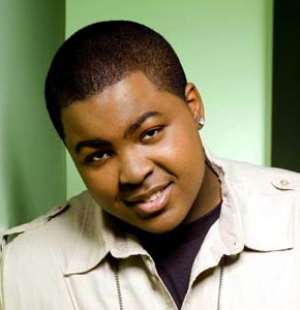 
Sean Kingston and a woman were taken to a hospital Sunday (May 29) night, after the Jet Ski they were riding crashed into a bridge in Miami.

Kingston, 21, and his friend were thrown from the watercraft at around 6PM when it hit Miami's Palm Island Bridge. "A good Samaritan tended to the two of them until Miami Beach Fire Rescue arrived and saw there were injuries," Jorge Pino, a spokesman for the Florida Fish and Wildlife Commission, told People. The 'Beautiful Girls' singer and the woman were taken to the Ryder Trauma Center at Jackson Memorial Hospital.

Alcohol does not seem to have played a role in the crash.

Monday morning a statement from his publicist read: "Sean Kingston is now stabilized and has moved from the trauma unit to ICU. Sean's family thanks everyone for their prayers and support during this time."

Kingston is best known for melding reggae with R&B on his 2007 hit 'Beautiful Girls.' He released his second studio album 'Tomorrow' in 2009 and was working on its follow-up for release later this year. A collaboration with Justin Bieber, titled 'Eenie Meenie,' surfaced last year and was rumored to be off the forthcoming effort.

"Got my friend @seankingston in my prayers tonight. A true friend and big bro," Bieber tweeted Sunday night. "Please keep him in your prayers tonight as well."