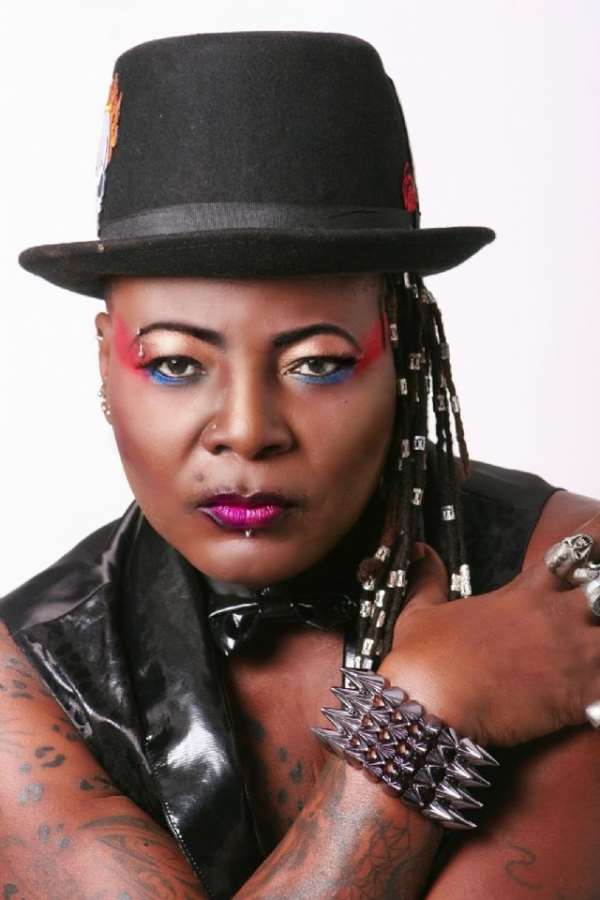 This is making sense, wish others could do this, Charly Boy has a new message for people using God's name anyhow. Read his piece below...

My guy, things are falling apart and the Center can no longer hold. People just dey craze anyhow and dem go see anyhow. Jungle don mature, HA!!! I fit faint. When I was a little boyin the city of Peterkwa, called Port-Harcourt, I was taught NEVER to use God's name in vain. Nowadays, everybody just dey call God name anyhow dem like. When Yahoo yahoo boys dey pray for good business, dem go call Him name before they obtain. Armed robbers pray, before they go for an operation, dem go hala Him name.

Some of our governors are using prayers to confuse their people as they plunder the land with impunity. Bone face Bragadoooo. Some of them these days claim they talk with God, they claim they are MEN of God, they also use God's name to obtain big time from their congregation.

Several religious wars have been fought in God's name, politicians loot and run down the country in God's name, Kenyan terrorist attackers paused for prayers before they continued their killings, all they did was done in God's name, hideous criminals operate, relying on God's name, great crimes and atrocities are committed, all in God's name. Chinekee God, are you there?

I was watching CNN the other day and the news of the Bishop of Limburg, Franz-Peter Tebartz-van Elst popularly called The BLING Bishop, being ordered to Rome to answer to his choice of mounting an extravagant new residence complex which blew out to at least 31 million euros ($42 million). Not too long the German church had suffered fallout from a child sex scandal. Kai! Madness!

I simply don't understand this, using church funds to enrich ones' self or satisfy ones' selfish desire. $42 million, what for? Did he forget that people contributed this money, that this money was hard earned money worked for by members of the congregation?

My major concern is why he wants to destroy the mission and vision of Pope Francis, the most popular Pope since the history of the Vatican. The true Man of God the world has come to love. Which one we go talk, His reforms, His Humility, His Simplicity, His Spirituality, His exemplary life according to the teachings of Jesus Christ, why this German Bishop want to pour sand san into the pope's “garri”. I don't know.

These days you will hear most Pentecostal pastors talk about how God spoke to them, how they were called, how they have amazing powers, bla bla bla, how they received the anointing. How they can cast and bind, I tire for all these wash wash pastors. Some of these men of very questionable background and character are all over the place now. Telling all who cares to listen how they drink Tea with the Almighty God. Some families have already been put asunder because the pastor somehow is 'remote controlling' wives looking for the fruit of the womb, by testing the merchandise personally. kai!

They are the real Abrakadabra in God's name. Dem no send. I don't know if I'm the only one confused, but I don't see the difference between pastors and native doctors any more. If you are still sane, maybe you can help me differentiate; the craze for private jets; pastors/politicians, wearing of expensive suits; pastors/conmen wearing million dollar wrist watches; pastors/conmen, building expensive schools; pastors/politicians, casting, binding and miracle explosion; pastors/native doctors, embezzling public funds; the list is endless. These days we don't know the difference between san sand and garri. Odikwa risky. Are these pastors truly men of God or business men capitalizing on people's frustrations? What is their original calling sef, to compete in worldly riches or to win souls like it is said?

How can you be living extravagantly when some church members can't even afford a meal? That is the height of wickedness. Enough of the deceit, enough of turning the bible upside down to suit people's ears while they suffer in poverty.

We need spirituality not religiosity. Even with all these churches at every junction and every bending corner, in every brothel and hotel, morality is at an all-time low. The church should be a place for spiritual nourishment and not a kalokalo venture, or for prosperity preaching. Pastors should concentrate more on how we should all be our brother's keepers, rather than praying for us to be rich like them. God does not operate like a Babalawo, neither is he a Nigerian.

I am wondering if me too won't open my own church (runs away), but it will be different because I will never use Gods name in vain. All these our so called Men of God should come out and hustle like real men and stop using psychology to deceive people and take their money. Haba!!! I guess that is their hustle. Where is the humility that Christ talked about? If anyone is not leading by the examples of Jesus just like the pope, then his 'Man-of-god-izm' is very questionable. I thought they said the meaning of Christianity was to be Christ- like? I'm just wondering. Maybe I'm lost.

Abeg, I rest my case joor. Man of God my ebony ass, who dash dem? I am even a better BOY of GOD than those MEN OF GOD

Actress Rita Dominic In The Street Of New York

SWAG IS FOR BOYS, CLASS IS FOR MEN; D'BANJ IN NEW PICTURES REDEFINES HIP HOP CULTURE

Is Nollywood Actor Mcsmith Ochendo Getting Married To Two Women?

The Innocent Flower Looking Akufo-Addo Is The Mother Serpent...
8 minutes ago