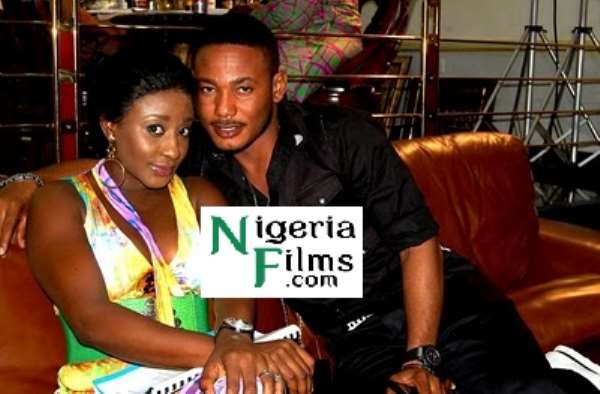 Frank Artus is one of the few Ghanaian celebrities who had a secret wedding this year with every intention of hiding it from the public, and the media, deliberately not informing them.

Although we at NigeriaFilms.com were not given an invitation. An informant revealed to us that it was a successful secret wedding and only very few were invited.

Information reaching NigeriaFilms.com is that, even though Artus Frank had a baby girl with Prima before getting married to her on the 1st of July, Artus has impregnated another Ghanaian actress Name xxxxxx.

According to the informant we spoke to, he confirms that Artus is now in hot bouillabaisse at the time he is filing for divorce. It is also said he is trying to convince the said Actress to get an abortion.

In a quest to get Artus Frank to respond to all of these allegations our efforts have been futile. Artus in a recent conversation with NigeriaFilms.Com rep in Ghana (Attractive) this Octoberconfirmed that he will divorce his present wife soon,

The issues unfold as NigeriaFilms.com delves deep into the allegations to bring all the necessary details associated with the story.