Obazele, Orji, others shine in Owerri for Jonathan 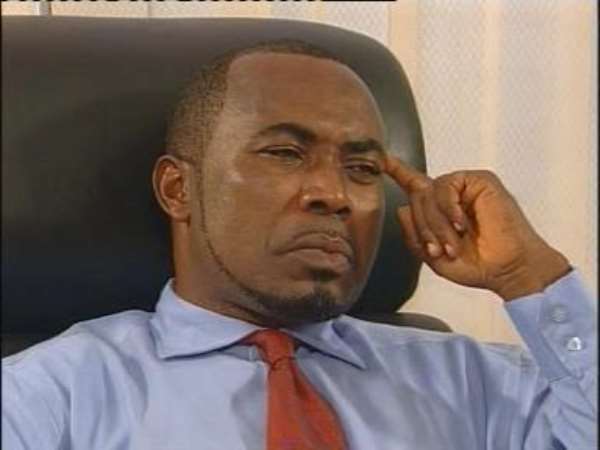 As law abiding and responsible citizens, Lagos-based leading Nollywood actors and producers, Paul Obazele and Zack Orji, travelled to Owerri, the capital of Imo State to cast their votes for Goodluck Jonathan in the recently held presidential elections.

The duo didn't go alone, they went in the company of other top players in Nollywwod, including, Ifeanyi Ezekwem, Frank Dallas, Chinasa Onyechere and several others.

Explaining why they relocated to Owerri, to perform their civic duties, Obazele, the current national president of the Association of Movie Producers (AMP), disclosed that the group actually registered in Owerri, while scouting for talents during the just concluded Niger Delta Youth Empowerment Programme.

“And in order to show our support and total commitment towards ensuring that Jonathan wins overwhelmingly at the polls, we decided to storm Imo to deliver our own side of the presidential mandate. After voting in Owerri, we also stormed towns like, Nkwerre, Orlu, Mbaise, Mbano, Isu Njaba and other neighbouring towns to mobilize and drum massive support for Jonathan.”
Obazele and his team were also full of praises to Mike Ikoku, the boss of All Seasons Hotel, for providing them with accommodation and other logistic supports. “Ikoku, a patron of AMP, and proud supporter of Jonathan made our stay in Owerri, very memorable and we would always be grateful to him”, added elated Obazele.

On their reasons for queing behind Jonathan, Orji, maintained that aside having the fear of God and equally coming from a very humble background, Jonathan had the capacity to deliver on his mandate and promises to the nation. “Don't also forget that he's the first president in Nigeria to fully embrace the entertainment industry.

He has always been there for us and we will always support him. Let me also inform you that we mobilized over 250,000 registered filmmakers to vote for him at the presidential polls. We are solidly behind him because he has done so much within just nine months in office…”