Will You Marry A Sex Worker? 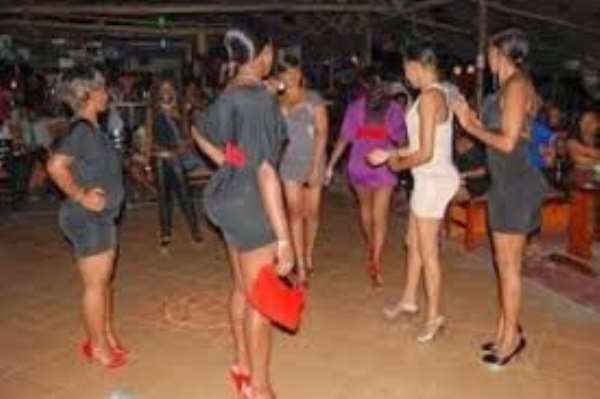 Recently, I watched a movie which got me wondering. In the movie, a desperate guy wanted to get a wife. He combed through everywhere in search of the bone-of-his-bones but to no avail. In the end, he decided to confide in his pastor and friend. He fasted and prayed according to the leading of his pastor friend.

At the end of the fast, he met a young lady he wanted to propose to but found out that she was a sex worker. Well, it happened that it was God's chosen wife for him. He had to convince her to stop her immoral acts. Finally, she did and they got married happily.

Brothers, what will make you consider marrying a sex worker? The reality however is that men never want to share their women with the exception of a few who would not mind (did I hear, never? ). Last year, I read an article a website posted on Facebook. It was about a fifty-something years old ex sex worker who shared her story of how she ended up in the act. She also shared her sad story of abuse and disrespect to her womanhood. Fortunately for her, she found love at the point when she thought it was the end of the road for her. They were married for twenty three years at the time of the publication. She also shared how loving and caring her husband was, and how much he respected her despite her past.

In other settings, this may seem okay. Let's come to Ghana, or perhaps Africa, where we hold strong moral and cultural values. A woman who cheats in a relationship can even fail to pass as a wife material. Talk less of a sex worker. Worst case, you may accept to marry her but the society will condemn you. The average Ghanaian man will even use that past as a reference point whenever there is a misunderstanding. Most men will chase after them because they are beautiful, available, and good in bed; are these not what you seek in a woman?

The pivot of this discussion is however not the role the woman plays as a sex worker. The issue is whether or not she fits into the category as a wife. Sometimes, such people have very good hearts and only need a little love and encouragement and a support system. Instead of pushing them away, I believe it's about time some men married them and showed them the way to liberation and compassion. You will be surprised at the level of loyalty some of these women carry. Some also have great ambitions that may have been shattered by their homes or society due to broken homes, irresponsible parenting, and poverty.

Society has a great role to play in bringing up female children. Women by their nature are very dependent on society for growth and development. The number of great women who succeed in life mostly have a solid support system either from the family, school, religious institutions, or society in general. It is about time we gave ear to the needs of women and girls. Parents should be more keen on the girl child. Organisations and Stakeholders should also pay attention to the needs of women and girl child development by intervening in areas where they fall short such as education, training and job creation.

As for men who abuse women, the least said about them the better. And to those who seek sexual favors from vulnerable women... Ayekoo!(Well done!) For all you know, you are the ones promoting sex workers in the world today. As I mentioned earlier, most of these women have good hearts and their behaviors may have been triggered by a horrible background, find out and be good towards them. Marry them if it demands you should.

I am not here to advocate that the act is a good one. However, I am here to question the status quo. Do Men marry sex workers? Will you allow your son or brother to marry one? Do you know someone who married a sex worker? What is your opinion on the subject matter? I for one believe that they are also humans deserving of love. Come to think of it, if you can patronize them why not commit anyway?