Why Guys Dump Girls They Dig 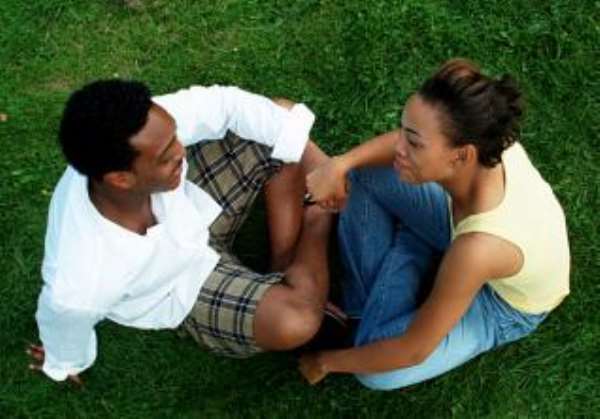 Nothing is more upsetting than when a dude you know is into you pulls the plug. One man gets to the bottom of out-of-the-blue breakups.

The Timing Is Off
Chances are, you've had at least one breakup that left you wondering, "What just happened?" The guy dug you, you dug him, and the whole thing felt destined for a fabulous future -- at least the foreseeable one. Then, out of nowhere, he bailed on the relationship. So what went wrong? The sad dating truth is, maybe nothing. Here are five completely ridiculous reasons guys kick you to the curb. Warning: For the most part, it ain't pretty.Single women get serious when they meet the right man. Single men get serious with whomever we happen to be dating when we're finally ready to settle down. That means after every other aspect of our life is in order -- whether it's finishing grad school, finally pulling down a good-size paycheck, owning a car outright -- or when our friends start dropping like flies (that's guyspeak for getting married).

But if you catch a guy before he hits that magical stage of his life, then he's liable to bolt -- like Patrick, 28, who dumped Bridgett after two years, then got engaged to the next girl he dated after only 10 months. "When I was with Bridgett, all of my friends were single and I was still an intern with nothing going on in my career. So every time she'd bring up our future together, it felt like she was jumping the gun," he says. "I didn't break up with her because she was wrong for me. I ended it because I didn't want to commit to anyone right then. But by the time I met Elizabeth, I was in a settling-down frame of mind."

We're Not Finished Playing the Field
Single men are natural-born one-uppers. If there's a possibility of upgrading what we already have for something better (that'll make our friends drool), we say, bring it on! So we wind up always wondering if you're really as good as it gets. (I know, scumbag mentality.) "Whenever I meet a new attractive woman, I consider what it would be like to date her, even if I have a girlfriend at the time," says Andy, 30. "The grass is always greener. No matter how great his current girl is, a guy doesn't want to feel like he's missing out." In addition to our opportunistic tendencies, most guys feel compelled to put as many relationship conquests under their belts as possible. "I admit it -- I know the exact number of girls I've dated, no mental calculation required," says Dan, 29. "That's how aware I am of how many notches I have. And I'd never commit until I felt like I'd experienced enough different women." Every guy's definition of enough is different, so there's a chance he wrote you off just because you didn't come late enough on his own personal hit list. The moral of the story: Until we grow up, mark everything off our checklists or have too many friends convince us that we can't do better than you, the flight risk is real.

We're Fixated on the Worst-Case Scenario
From the times you chastise us for leaving a wet towel on the bed to those nights you rip through a pint of fudge ripple without stopping to breathe, we file each incident in a mental folder labeled "Evidence She'll Change for the Worse." We flip through that file whenever we're trying to decide if we want to hang on to the relationship. Blame our married friends who took the plunge before us, but many single men are hyperaware of what could go wrong down the road. Even if we're crazy about you now, we panic that you'll pack on the pounds and nag us day and night. So we secretly flag certain things that might be a harbinger of bad things to come. "I've seen it happen to too many of my friends," says Elliot, 29. "All they do is complain about how the romance takes a total nosedive after they get serious with a girl. So sometimes, even if the woman I'm dating is gorgeous, I freak out and bail."

We're in Like, Not in Love
It's harsh but true. In fact, it's probably the most common reason we bolt. Just because a guy likes you a lot isn't a guarantee that it will evolve into love. And we're surprisingly intuitive when it comes to figuring out a girl's potential on this front. "I stayed with one woman for two years because we had fun together and she never pushed the issue, but I knew the minute I met her that she wasn't The One," says David, 30.

So why do we invest any time in a relationship that we know will ultimately end? Because we're able to live in the moment for a while and chalk it up to a good experience. But once you show that you're way more into us than we are into you, we'll dump you out of guilt. "I dated this girl for about a year, but as soon as she started using the L word, I had to end it," recalls Jay, 29. "It was hard. I cared about her and didn't want to hurt her. But I knew that if I stuck around, she'd have been happier at first but miserable later on. After all, she deserved to be with someone who loved her as much as she loved me."

We're Too into You
Just when you thought it was all bad news, here's a hard-to-fess-up admission: Guys are protective of their emotions. Translation: We're scared of being hurt. So, if we start to feel like we're getting into a situation where we'll be destroyed if you dump us, we might launch a preemptive strike and yank the plug first. For Gary, 27, showing his girlfriend of two years the exit felt like the only choice. "She was the first girl I was serious with, and I didn't like letting someone have that much power over me. I was starting to feel emotionally needy, and that was uncomfortable for me," he recalls. "So I ditched her to save myself!" Sounds crazy, but cut us some slack. Think about how vulnerable and paranoid you feel when you're nuts about a guy, and realize that we go through the same thing with girls we really like. But our friends aren't as good at helping us get over an ex as yours are, plus being openly heartbroken makes us look like wusses. Nope, it's better to act like a winner before you turn us into a loser, which is when our natural self-preservation may come into play. Before the real humiliation and pain assail us like a plague, ending the relationship seems like a good option.

Are You About to Be Jilted?
* His cell phone is always off. He might be spending time with someone he doesn't want you to know about... or he just doesn't want to make himself available.

* He's reluctant to make plans. If he hems and haws about committing to anything -- even if it's in the semi-near future -- he's thinking about making a break for it.

* He's meaner. The passive-aggressive breakup is a guy standby. Some men intentionally turn into whiners to make sure you break up with them.

* He's distant. He doesn't want to feel connected to you -- or he's getting his needs filled somewhere else.