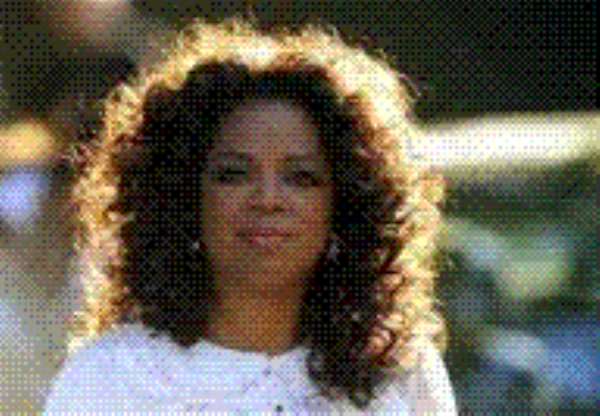 The Hollywood Reporter on Friday named Oprah Winfrey the most powerful woman in entertainment on its annual "Power 100 List."

Winfrey, whose "Oprah" talk show began in national syndication 22 years ago, played a role in the victory of President-elect Barack Obama by endorsing him early in his run and by supporting him throughout the campaign.

Elizabeth Guider, editor of The Hollywood Reporter, remarked on Winfrey's "immense cultural influence" and said she could be "the most influential woman in America."

Winfrey, 54, jumped from the No. 6 spot on the entertainment trade paper's 2007 list to No. 1 this year. The Hollywood Reporter noted that a study by University of Maryland economists found Winfrey's support for Obama won him more than 1 million votes nationwide.

Winfrey's production company, Harpo Inc., made $345 million last year. She overseas an empire that includes her TV show, a magazine and an online store.

Anne Sweeney, president of Disney-ABC Television Group, was given the No. 2 spot on the list after coming in top a year ago. Sweeney oversees her company's news, entertainment and daytime divisions, along with its cable and publishing branches.

Other women listed included actress Angelina Jolie, at No. 24, who has bolstered her public image with philanthropic endeavors; comedian Tina Fey, No. 51 in part for playing Sarah Palin, the 2008 Republican vice presidential nominee, in wildly popular TV impersonations during the election campaign; and 16-year-old pop star Miley Cyrus, who has a Disney franchise built around her and rounded out the list at No. 100.

The Top 10 in the Women in Entertainment Power 100 list are;