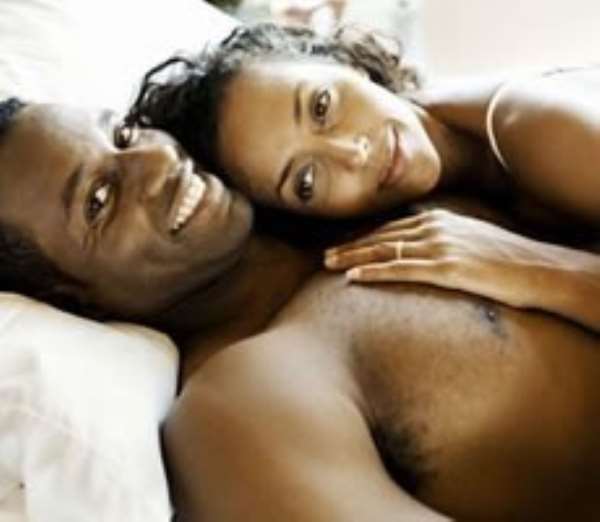 The heat of a new relationship is a chemical reaction—and it can fade with time. That is, unless you employ these seven incendiary strategies to keep the sparks flying.

Play Games with Her
Boosting her dopamine levels outside of the bedroom could pay dividends between the sheets. "Your brain can't differentiate between the external anxiety caused by a novel situation and the internal anxiety caused by being attracted to someone," says Victoria Zdrok, Ph.D., a clinical psychologist (and former Playboy playmate—wowza). "A boost outside of the bedroom can carry over for when it matters most."

Wax Nostalgic
Revisiting that bed-and-breakfast romp of 3 months ago isn't just an exercise in nostalgia. Recalling the relationship's formative moments can stir up the hormone norepinephrine, which helps the brain shine an emotional klieg light on memories. "You'll unlock her passion," says sex therapist Laura Berman, Ph.D., director of the Berman Center in Chicago, "and intensify the new memories you're making, too." The brain's internal archivist responds best to strong contextual cues—smells, environments, music, textures, even certain foods—so orient her mental rearview mirror by concocting a smorgasbord of evocative sights and sounds.

Lie Down on the Job
The monogamous prairie vole might not be your sexual role model, but researchers found that the creatures are literally addicted to their mates, thanks to their receptivity to oxytocin. That hormone battles stress and increases arousal (it's released by orgasm, after all), so the lesson here is clear: Up her dosage and she'll be hooked on you. Physical contact (cuddling!) and muscle massage both unleash the chemical, so give her this sensual massage in the postcoital glow: Ask her to lie facedown, and, straddling the backs of her upper thighs, apply rotating thumb pressure to either side of her lower spine, says Linda Banner, Ph.D., author of Advanced Sexual Techniques. By the time you reach her shoulders and neck, the oxytocin jets should be firing full force.

Let Her Lead You
It pays to be her sexual party doll every now and then. A study at the University of Michigan found that female rats receive a dopamine boost (there it is again—the euphoria-inducing neurotransmitter) only when they control sex. But don't just offer her the blow-up valve."Make sure she's not just hearing 'Do me the way I want to be done,' " says sex therapist Gloria Brame, Ph.D., author of Come Hither. Instead, Brame suggests role-playing a scenario (76 percent of women surveyed by Men's Health said they'd be game for a little playacting) in which she's in a position of authority and you're the sexual novice. The fantasies women said they liked most: professor/student and nurse/patient.

Become a Stranger
Reinvent yourself outside the bedroom and you could help refresh her passion inside it. According to researchers at the Massachusetts Institute of Technology, we keep a sort of neural dossier on a person tucked away in our brain, just above the temples. This case file is overhauled when we meet their friends or develop deeper relationships with those we've already met, says William Pollack, Ph.D., a professor of psychiatry at Harvard medical school and a Men's Health mental-health advisor. "She'll see you through their eyes, and it will bring out different aspects of your own personality," says Pollack, "stimulating love and lust neurotransmitters." So introduce her to Jack and Mona from your cycling group at a dinner party: It could encourage her to attack your body anew.

Reclaim Virginity
Send your sex life back to square one. "If you've learned how to pleasure her, it's too easy to forget about foreplay and all the other things that keep sex fresh," says Debbie Herbenick, Ph.D., a Men's Health sex advisor.

Start with a 3-day sex break to build anticipation, pooling dopamine behind her sexual Hoover Dam. Then spend a night necking like teenagers, clothes on. Wait 2 days and spend another one touching each other sensually—everywhere but the genitals. Take 2 more days off and then use your lips instead of your fingertips to do the same. By this time, your dopamine will be redlining, and both of you will have a surplus of arousal-boosting testosterone. Bonus: The heightened physical sensitivity can unearth long-neglected erogenous zones when—finally—at the 2-week mark, you blow the dam.