Marriage is a partnership and friendship, not a scheme 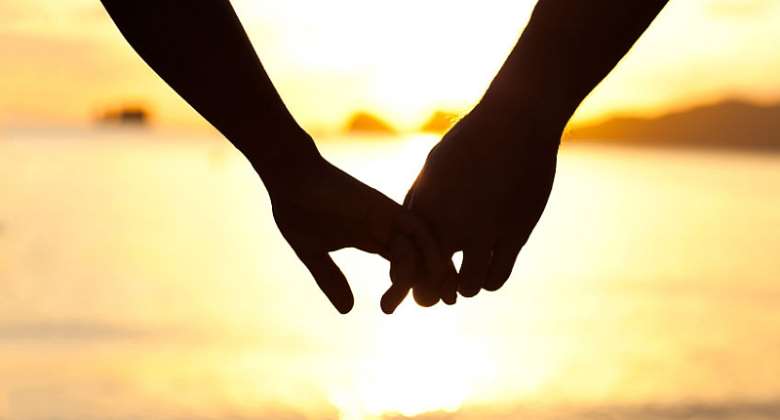 A growing number of young men are becoming leery of marriage, not only in Africa. Some parents are wondering if they are ever going to become grandparents. These young men feel threatened, thinking the institution of marriage has been captured by the new women power of feminism to dominate them in their houses. This fear has worked to the disadvantage of serious young women that are willing to support and encourage loyal partners.

Do not ask of others what you cannot give back in return in cash or kind. Otherwise, you create a deficit with no fulfillment on the other side. This leads to resentment and feeling of being cheated. Asking for what you can never give back in cash or kind is greed. You become reliable when you can give back in your own unique way. Whenever dependents fail to curry favors, they become resentful and sometimes vicious making demands based on lust.

The fact is that there have always been ladies that support their husbands in every way they can, even financially. There is no doubt that some young people, especially ladies, see marriage as a form of status symbol, the same reason other young men reject it. Suspicion of being used has created unprecedented feelings of lack of trust on both sides. They care more about their sanity and fear that whatever their sweat, worked for, may be lost in marriage.

These are not children that are helpless because they eat and pass bowel movements without any responsibility for their being. As children get older, we teach them to be more responsible. Adults' relationships are not a helpless situation. It is mutual symbiosis that benefits both parties not a parasitic expectation. Even then, one partner has some favors to gain from the other that makes her or him satisfied. Each partner must bring something to the table.

Though rules have changed at work between opposite sex. Many people used to meet their spouse at colleges or work. Office romance has gone sour because of employers' liabilities. If both partners insist on a relationship, one has to quit or be transferred to another department so that coworkers do not interpret any action between couples as sexual favors. The rules of engagement in wars must not be extended to their homes.

If a lady gives you her loyalty and stands by you to achieve your goals, reward her more than you would a valuable employee. In this case as the equal builder of the family. A rich lady is expected to reward her partner for protective and supportive roles. Behind every successful man or woman, there is always a partner. The law takes this into consideration when there is a separation or divorce, especially when a child is involved.

While it is true that there are some ladies willing to dispossess men, at some point most women just want fair partnership. Most ladies are supportive as long as their needs to cater for the family is taken care of by the man. Hardly do we label a rich woman that fails to provide for the family as irresponsible as we do men: you are not a man. They never say you are not a woman for abdication of responsibility. However, when underage children are involved, those children must be taken care of by contribution from the wealthier partner.

The problem for parents is that these young men and women are staying longer at home. Some of them hate paying subsidized rents or bills at home. Indeed, some of these young people that have left home come back to raid their parents' house of groceries or sweet talk them for some of their pensions. You do not want grown men and women that have become unyielding to your advice back into your house.

During bad economic periods, they just move back home, it gets worse. Those fortunate to have rich parents, move back home with their children and some with wives/husbands! There are those claiming "temporary shelter" to save enough money for down payment on their own house. One said: this is my father's house you too can move back to your father's house!

Ladies want a man that pays his way and shoulder some responsibilities even if they are richer. A guy was paying all bills without realizing his wife owns the house. Young men see it as sucking every penny out of them while she gets richer. Young people cannot rely on the label of brokeass men or ladies, to poison a good friendship or partnership. Ladies buying houses without their partners and collecting rent and all bills through agencies are not fair.

Africans living abroad have come home to bring over their girlfriends after they experience irreconcilable differences with their wives. Many girls have heard stories about wives taking the house away from the man. Some schemers plan and brag at home to friends before they get abroad. Please note that the law does not favor foreign wife or husband schemers as homewreckers. Spouses can sue wealthy home wreckers for alienation or loss of affection.

Little do they realize that they are not the legal wives and can be sued for disruption of the marriage of their boyfriends. You cannot take a house that has been in the possession of another couple for years just because you are the new girlfriend in town. Local girlfriends understand that but not johnny-just-come looking for awoof. It can happen when the man buys a new house with the girlfriend. Ladies with skilful professions making good money can also outdo the johnny-just-come whose name is not on the house deed.

So both men and women making good income can buy a house without the other or the fear of losing their homes to opportunists. There is a poisoned pill called equity loans which only the owner on the deed can take out if threatened. Equity loans will destroy any benefit or greed of non-contributors. By the time equity loans, taxes and other bills pile up, nobody will tell the schemer, man or woman to sell the house, with negative equity or little money left.

The most important point here is Good Faith and Fair Dealing, especially with children involved. You cannot cheat a woman because you trained her as a nurse to bring a good income home or dispossess a hard working man that is already established before you arrived. It is true men get kicked out more often because they move to a bigger house and buy more expensive cars when their spouse has arrived to demonstrate better or ostentatious living neither of them can support alone.

Good Faith and Fair Dealings is the bottom line. A wealthy businessman in Toronto Canada was ordered by the courts to pay his ex-girlfriend more than $50,000 a month in support for a decade. The court determined this after they verified that the two were never married and never lived together. Even when an unmarried couple has no children and no house together, a man can still be ordered to pay support for loss of partnership, Ontario appeal court rules. https://www.lawenforcementtoday.com/businessman-ordered-to-pay-spousal-support-to-his-ex-girlfriend/