MUSIC TO THE EARS 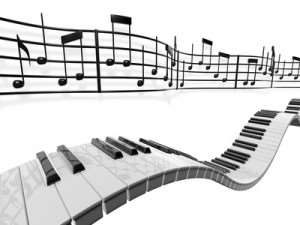 I stumbled upon an interesting website the other day. It is called ReverbNation.com. It is a site that promotes up and coming bands as well as well established ones. (For example Jason Mraz and Madonna are on there)

After giving up on MySpace as a place to discover new bands years ago, I found ReverbNation to be refreshingly unblemished. Now for those of you who don't know there are hundreds of services that will get you Myspace friends and plays for a fee – thus the rankings on Myspace Music don't really mean much anymore.

Not so at Reverb Nation. Apparently their ranking formula is sufficiently complex that you can't get a high rank by just getting hits or plays. According to their website, if you are getting a lot of hits, their ranking formula will expect to see plays. And if you are getting a lot of plays then their formula would expect to see friends and fans signing up, and so forth. So visits and plays can actually start working against you at Reverb Nation if you don't get the consequent actions.

I listened to the top 10 bands worldwide from all genres on the homepage of ReverbNation. They were (in order from 1 to 10): Jason Mraz, Underoath, Madonna, Andres Lopez, The Lords Of Easton, Depeche Mode, Dead Sara, Eric Michael Hopper, Pantera, and Howie Day.

My absolute favorite band was Dead Sara. Man do those girls rock! And the lead Singer, Emily, absolutely has the best female rock voice since Janis Joplin. A close second was another rock band, The Lords of Easton. Wow! What a dynamic duet. Their vocals are great!

Then I listened to the top 10 bands worldwide from the rock genre. They were (in order from 1 to 10): Underoath, The Lords of Easton, Dead Sara, OTEP, RockRioBrazil, Everclear, Our Lady Peace, Hit The Lights, Dave Alvin, Trans-Siberia Orchestra.

My favorites were of course Dead Sara, and The Lords Of Easton, but there was another new band I never heard of before that I absolutely loved – Hit The Lights, an Australian rock band with a great sound.

You can check the charts worldwide, by country, or within your local area to discover bands. There are links to Amazon, Itunes, Rhapsody, Napster from the band's home pages. You can join their fan's lists, become an active “street team” member and help promote the band if you really like them, email the bands, get a list of their shows, and much more.

This is a great service that allowed me to discover a dozen or so new bands that I really like that I never heard of before. If you are like me and like discovering new bands and music, you might want to check out ReverbNation.com.