Dating Advice For When You Meet Someone New 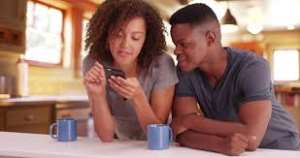 Some weeks ago, we had an interview session on the blog and to a large extent, it served as a great eye opener to issues like marriage, relationship, destiny, parenting and all.

This week, this blog being a blog that is all about sharing and helping one another through life’s journey, it is my pleasure to bring to you a few of the things I’ve learnt over time as a result of dating; especially the mistakes I have made that I have learnt from and need not make again.

Why would I want to extend these lessons to you despite the personal attachment I have to them? Because this blog (as said earlier) is all about sharing and learning. I learn from you through the comments and mails sent, and you perhaps learn from me through the blog posts posted from time to time.

Before I go ahead to share the lessons, I would like to say that the lessons are meant to serve as a guide and a form of help should you find yourself in a similar situation, but then, it is advised that the tips be mixed with intuition so as to holistically personalize it to your situation; so you can get maximum and intended results. So what are these tips? For time and space sake, I guess I would give just three, so- Here:

1. Pace Yourself
What do I mean by pacing oneself? I mean it in the way of saying- do not be too carried away by the new wave. So you meet this guy, he meets your fancy and immediately you kick it up, talking for hours and hours on the phone. Well, the issue here is not talking for hours and hours, the issue is minding the things you say as you talk for hours because this ‘relationship’ is still new and there is still a little idea where it could lead to even though in your mind you think it’s that one relationship you’ve been waiting for and it is no doubt leading to marriage. Well, dear Miss, permit me to say you are not God (of which you are not), only God knows the beginning to the end and at that, knows what and what would lead to desired ends in your life.

What happens when you say too much too soon? You might actually be giving the guy too much to handle, and as a result, the ‘relationship’ might be jeopardized when the guy retrieves into his ‘men corner’ to think. During the time he retrieves, he as a matter of fact might stop calling and texting which as a lady might send a lot of wrong signals into your brain. You begin to feel rejected, perhaps dejected and to an extent- used.

When you have those talks that lasts for hours at the initial stage, it’s better it’s full of general talks, and not too deep personal talks because in the case the relationship does not work out, you might feel a bit violated, vulnerable and betrayed. And this as a matter of fact might cause you to be cold to the next person that comes your way thinking he too would do the same and ‘run away’.

Pace yourself for the personal talks so you don’t end up revealing too much in a very short space. It’s like giving a hungry man a full and filling meal, for him to take another meal, he has to digest the one he has eaten first and to digest the meal, a deal of time would be needed which would make him reject every other meal you try to give him out of your innocent intention of being a great host.

Be a smart lady, and to a possible extent, try to be the one in control of the conversation pace. Don’t be unduly carried away by the emotion and euphoria of meeting someone new and the possibility of what it could lead to. Allow things to happen gradually. Instead of impulsive outbursts, allow things to unfold at reasonable paces.

2. Control your emotions
It is often said that when at the brink of a new relationship, men come to the table logical, women come emotional. In as much as to an extent we as women are emotional beings, it will be helpful to know when to control our emotions so we can see in a way that is clear and not so full of sentiments. There is no doubt a level of euphoria is gotten when we meet someone new, especially someone we think might be ‘the one’ at last(!), but then, a major sign of maturity as humans (male or female) is how much we can control our emotions in the face of impulsive outbursts. We must not allow our emotions dictate for us. We must be willing for nature to take its course without trying to force anything. Now, this might be an area I have a problem with and still working on. Not that I am emotional, as a matter of fact, I am so logical, logical to the point that it sometimes scares me, but then the issue lies in the fact that in the midst of my logical sense and permutation, I do not fully allow patience to take its full course. I always want to know the end from the onset which sometimes might not be feasible. And in the bid to quickly know the end, I make so many mistakes and most of the time find myself back to square one.

In essence, I would say- control your emotions as well as your logic. Calm down and prayerfully allow nature to take its course instead of you trying to control somewhat prematurely the outcome. Relax, pray, do your reasonable part and have a firm trust in God to perfect everything in His time.

3. The last one would be Independence

Never let yourself go because you found a man. Never allow all your happiness to revolve all around him to the point that you neglect all the things you used to do and make him your sole focus. Never forego the frequent company of your friends and the things that matters to you because you found someone you think is the one. Learn to live, and actually master a balanced life. Learn to gain your spice from everywhere, not just a source. Don’t literally sit by the phone all day waiting for him to call or text, have a life regardless of the emotions that seems to have emanated from the perceived new beginning. That is why to a great extent, self-control should always be our best friend in everything we do, both in our relationships and in our careers. Thankfully I learnt the basics of this some years back, but even with that, I guess it is a habit that one has to constantly hone because the hype derived from new dates/relationships varies from time to time.

To end this post, it’ll be good to bear in mind that I am not giving all these advice because I got them right, I’m giving them because I got them wrong and having learnt from the mistakes, would not want you to make the same when you find yourself in such circumstances.

Till I come your way again, I remain your friend, blog host, life’s student and sharer. Do enjoy your day.

Hottest Photo Reports
Catch up with all the political quotes from our politicians.
Advertise here
More from Love & Relationships
ModernGhana Links
Sex Is A Pleasure
Glorious Happy birthday to Mama Nahid Egala
Rebecca, Please Do The Needful
TOP STORIES