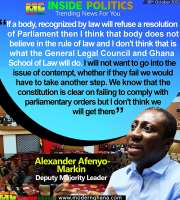 The Ga-Adangbe people inhabit the Accra Plains. The Adangbe are found to the east, the Ga groups, to the west of the Accra coastlands. Although both languages are derived from a common proto-Ga-Adangbe ancestral language, modern Ga and Adangbe are mutually unintelligible. The modern Adangbe include the people of Shai, La, Ningo, Kpone, Osudoku, Krobo, Gbugble, and Ada, who speak different dialects. The Ga also include the Ga-Mashie groups occupying neighborhoods in the central part of Accra, and other Gaspeakers who migrated from Akwamu, Anecho in Togo, Akwapim, and surrounding areas.

Debates persist about the origins of the Ga-Adangbe people. One school of thought suggests that the proto-Ga-Adangbe people came from somewhere east of the Accra plains, while another suggests a distant locale beyond the West African coast. In spite of such historical and linguistic theories, it is agreed that the people were settled in the plains by the thirteenth century. Both the Ga and the Adangbe were influenced by their neighbors. For example, both borrowed some of their vocabulary, especially words relating to economic activities and statecraft, from the Guan. The Ewe are also believed to have influenced the Adangbe.

Despite the archeological evidence that proto-Ga-Adangbe- speakers relied on millet and yam cultivation, the modern Ga reside in what used to be fishing communities. Today, such former Ga communities as Labadi and Old Accra are neighborhoods of the national capital of Accra. This explains why, in 1960, when the national enumeration figures showed the ethnic composition of the country's population, more than 75 percent of the Ga were described as living in urban centers. The presence of major industrial, commercial, and governmental institutions in the city, as well as increasing migration of other people into the area, had not prevented the Ga people from maintaining aspects of their traditional culture.