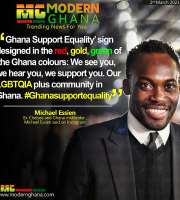 The Ewe occupy southeastern Ghana and the southern parts of neighboring Togo and Benin. On the west, the Volta separates the Ewe from the Ga-Adangbe, Ga, and Akan. Subdivisions of the Ewe include the Anglo (Anlo), Bey (Be), and Gen on the coast, and the Peki, Ho, Kpando, Tori, and Ave in the interior. Oral tradition suggests that the Ewe immigrated into Ghana before the midfifteenth century. Although the Ewe have been described as a single language group, there is considerable dialectic variation. Some of these dialects are mutually intelligible, but only with difficulty.

Unlike the political and social organization of the Akan, where matrilineal rule prevails, the Ewe are essentially a patrilineal people. The founder of a community became the chief and was usually succeeded by his paternal relatives. The largest independent political unit was a chiefdom, the head of which was essentially a ceremonial figure who was assisted by a council of elders. Chiefdoms ranged in population from a few hundred people in one or two villages to several thousand in a chiefdom with a large number of villages and surrounding countryside. Unlike the Asante among the Akan, no Ewe chiefdom gained hegemonic power over its neighbor. The rise of Ewe nationalism in both Ghana and Togo was more of a reaction to the May 1956 plebiscite that partitioned Eweland between the Gold Coast and Togo than to any sense of overriding ethnic unity.

Substantial differences in local economies were characteristic of the Ewe. Most Ewe were farmers who kept some livestock, and there was some craft specialization. On the coast and immediately inland, fishing was important, and local variations in economic activities permitted a great deal of trade between one community and another, carried out chiefly by women.

Bibliography about this language: