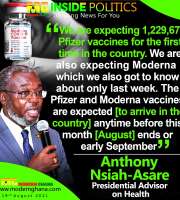 Dagbon and its People

DAGOMBA (better pronounced as DAGBAMBA) speak Dagbani (better pronounced as Dagbanli). The language belongs to the More-Dagbanli sub-group of Gur languages. The More or Moshi now have their homeland in present day Burkina Faso, while the Dagbanli sub-group today has broken up into three ethnic groups: The Dagbamba, the Mamprusi and the Nanumba. Even though these groups today constitute three apparently distinct ethnic groups, their people still identify with each other and the bond is strongest among the Dagbamba and Nanumba. The homeland of the Dagbamba is called Dagbon and covers about 8,000 sq. miles in area and has a total population of about 650, 000. The area constitutes seven administrative districts in present day Ghana. These are Tamale Municipality, Tolon/Kumbungu, Savelugu/Nantong, Yendi, Gushegu/Karaga, Zabzugu/Tatali and Saboba/Cheriponi. The overlord the Dagbon Traditional Kingdom is the Ya- Na, whose court and administrative capital is at Yendi. Yendi is reputed to be the largest village in West Africa. The Dagbon Kingdom has traditional administrative responsibilities for hitherto acephalous groups like the Konkomba, the Bimoba, the Chekosi, the Basaari, the Chamba, and the Zantasi. Though ethnic Dagbamba are in the majority, the people of the subject ethnic groups have equal citizenship rights in the Kingdom. The seat of the Ya Na literally translated as King of Absolute Power, is a collection of cow skins. Thus when we talk of the political history of Dagbon, we often refer to it as the Yendi Skin. (Not throne or crown).

Na Gbewaa is regarded as the founder of Greater Dagbon (Present day Dagbon, Mamprugu and Nanung). Lacking in a writing culture, Dagbamba are one of the cultural groups with a very sophisticated oral culture woven around drums and other musical instruments. Thus most of its history, until quite recently, has been based on oral tradition with drummers as professional historians. So according to oral tradition, the political history of Dagbon has its genesis in the lifestory of a legend called Tohazie (translated as Red Hunter.).

Culturally, Dagbon is heavily influence by Islam. Inheretance is patrilineal. Prominent festival they celebrate include the Damba, Bugum (fire festival) and the two Islamic Eid Festivals. The most cosmopolitan city of Dagbon is Tamale, which also serves as the Northern Regional capital.

[email protected] is an