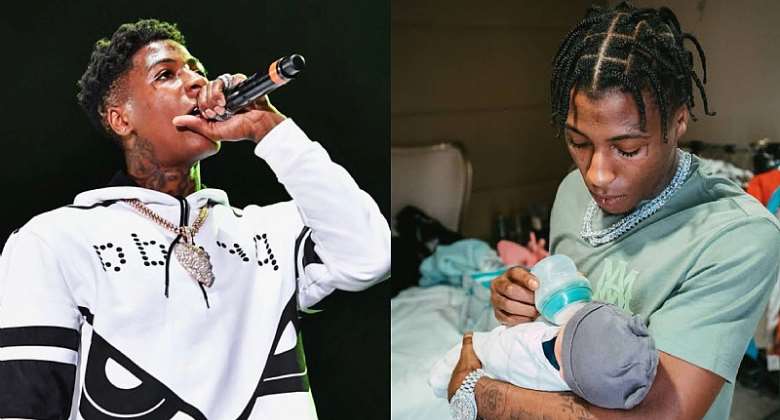 The family of Kentrell DeSean Gaulden, known by the stage name NBA YoungBoy, who is set to celebrate his 22nd birthday on October 30, has welcomed a new baby.

This makes the yet-to-be 22-year-old rapper, for the 10th time, experience fatherhood after his fiancee, Jazlyn Mychelle, gave birth on Wednesday, September 28.

Sharing the news on his Instagram handle, YoungBoy shared a photo of himself holding and feeding his newborn baby, with the caption, "‘We got left today for a little but it’s cool’ Top #newborn."

This comes after the rapper revealed last month that he is expecting his 10th and second child with his new fiancee.

The 22-year-old rapper is just a birth-giving machine, as the last but one child he and Jazlyn already share, Alice, is just a year old and was born in 2021.

Before signing with Atlantic Records in 2017, the rapper, whose real name is Kentrell DeSean Gaulden, released six mixtapes.

Outside Today, his first single, topped the Billboard Hot 100 and was included in his debut album, Until Death Call My Name.

In October 2019, he released Bandit, followed by Al Youngboy 2. YoungBoy's next mixtape, 38 Baby 2, was released in April 2020, and the same year, he released his second studio album, Top.