Akufo-Addo’s government is unprecedented, not even Nkrumah’s can be compared — Agya Koo 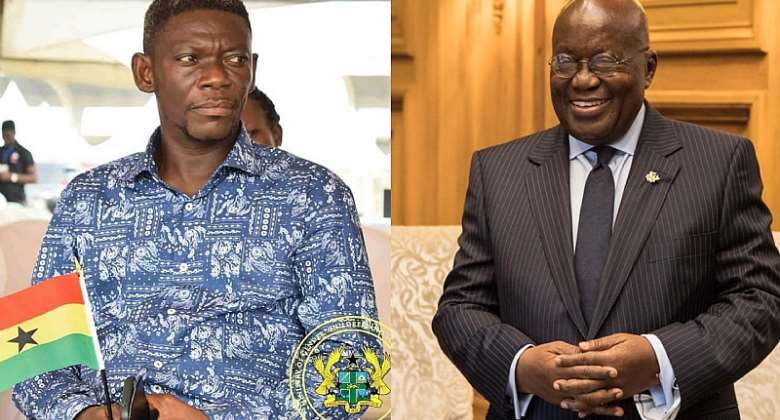 The actor has stated that, even though the country has been difficult, this government has performed better than any other in the current 4th Republic.

In an interview with fellow actor and vlogger Kwaku Manu, the actor emphasised that policies such as free SHS and other policies, as well as numerous achievements he has witnessed in several rural areas under this government, make it the first of its kind.

According to Agya Koo, the communication team of the ruling party has failed in projecting the good works of this government for Ghanaians to know that this government has done more than what Osagyefo Dr. Kwame Nkrumah, the first President of the Republic, did.

“Addo’s administration is the only one that has worked hard and kept its promises. Kufour took action. He made us value the concept of majority rule. I travel extensively throughout this country and have witnessed the enormous improvement in person, thus I wonder why Communicators are failing to project,” he said.

He added, “Although Ghanaians sometimes offend me, no government has performed as well as the one led by Nana Addo Dankwa Akufo-Addo.”

“If you know history, you’ll realize Kwame Nkrumah didn’t accomplish anything. All he had done was “acquire what the border aces did,” the actor stressed.

Watch from the 45th to the 50th minute of the interview below;