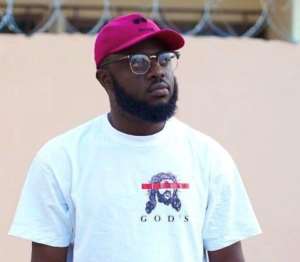 Renowned Ghanaian YouTuber, Bernard Kwadwo Amoafo, popularly known as Kwadwo Sheldon, has narrated his YouTube journey, stating that he used his bedroom as a studio and his phone as a camera to start his job.

As he narrated his story, Sheldon revealed that he never had the money to purchase cameras, tripods, and microphones, so as determined as he was, he used his small bedroom, where he would shift everything in the room to a corner to make sure it would not be captured by the camera.

According to him, he couldn't get help from anyone because even if he decided to seek help from a company, they would be asking him a lot of questions and even decline his request.

“We did not have money to buy a camera, tripod, and microphone, so we started creating content in my bedroom with my smartphone and also used the same phone for editing.

“We couldn't get help from anyone because when you write a proposal to a company to finance your project, they will be asking you a lot of questions and will even not help,” he recalled.

Speaking on the JbMasterclass Show on Accra-based JoyNews, on Wednesday, June 15, 2022, he added that he was able to keep up his work because he noticed a lot of people were liking his content.

“But even with all those hardships, we were constantly creating content because people also started consuming the content we put out there every day,” he added.