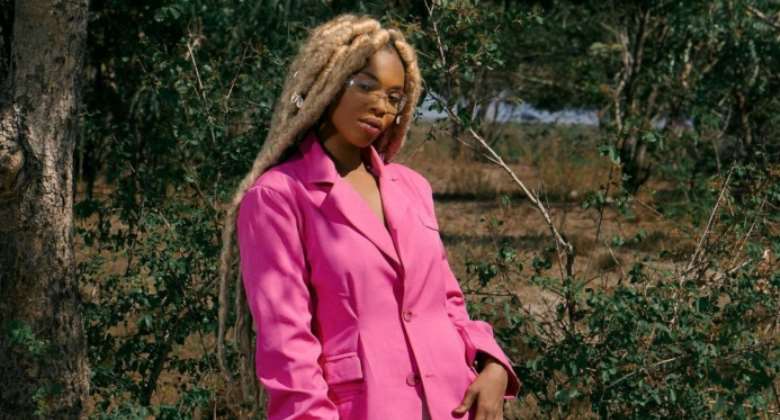 Ghanaian songstress Enam has shared a point in her life when she was thrown out of church because of her looks.

According to the songstress who has publicly declared her traditional faith, the humiliation she endured at the said church’s premises ended her desire to be a Christian.

Speaking on Adom TV’s Ahosepe Xtra, Enam said the church humiliated her because she had on blonde faux locks decorated with cowries and trousers.

She said the pastor of the church invited her to the pulpit and an exorcism to cast out demons in her was performed.

“I responded by telling him even if I had a problem, he isn’t the one I should be sharing it with, but the God he serves. At the point, the pastor vexed,” she said.

She said the pastor openly scolded her before asking her out of the auditorium.

Enam expressed that she was disappointed because she had tried hard to abide by the church’s rules and regulations adding that she had wrapped her waist with a piece of cloth when she wears trousers.

She added that she preferred to keep her problems to herself and not to confide in the pastor in front of the congregation.

Hottest Photo Reports
Catch up with all the political quotes from our politicians.
Advertise here
More Industry News
ModernGhana Links
As entertainers we have to watch what we do and say; children copy us — Michael Blankson
We take GHC3,000 per a post for money-minded songs — Tiktok star Asantewaa and manager discloses
Okyeame Kwame endorses new musician Lasmid; begs Ghanaians to support him
TOP STORIES

Franklin Cudjoe back calls for probe into Covid-19 expenditu...
16 minutes ago

North East: One killed in clash between two communities
16 minutes ago