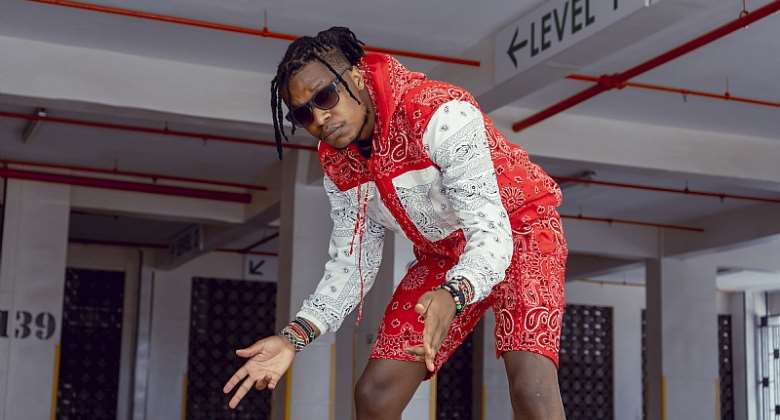 Pulalah Master has enlisted Kisumu based rapper Antony M for what is his first ever musical release as he looks forward to becoming a mainstay in the Kenyan Dancehall scene.

‘Ride’ is a banging love ballad filled with mixed emotions with the song tackling the insecurities that often arise in a relationship. With the recent rise in Gender Based Violence, Ride aims at cautioning couples against engaging in physical and verbal fights. The track reminds everyone to always talk things out and just enjoy the great things that come with falling in love. Enjoy the hugs, the touch, the kisses and yes, the ‘ride’.

Pulalah Master has for months had plans of making his own music but didn’t think it would happen this soon. In fact, the making of Ride was not even planned.

“I have for some time now wanted to have my own music. I am a big Dancehall fan and I have been hugely inspired by the genre. I never planned to record ‘Ride’ the day I did. I took my friend Antony M to his studio to pick a record he was working on back there. On the way, I listened to ‘Different Level Riddim’ by producer Markus from Jamaica and I instantly liked the vibe in it. I got the instrumental and once we got to the studio, I asked Antony’s producer if he could record me. I wrote my verses and asked Anto to join in and the rest as they say is history” says Pulalah.

Ride is the first of many records Pulalah intends to put out this year. He has so far recorded 4 tracks and will most definitely drop an EP/Album and a Riddim this year.

Pulalah Master was born and raised in Kisumu and is the first born in a family of three. He developed a great love for music thanks to his cousin Gabiro Mtu Necessary who was a budding rapper back in the days.

Pulalah used to work at his uncle’s Cyber Café in Kibos, Kisumu and it is here that Gabiro used to come to upload his songs online and download a couple of beats.

Gabiro then told him to try deejaying and this is where Pulalah’s story began. He started making mixtapes using Virtual Dj and the mixes got massive streams online despite not being that great.

Pulalah then joined campus to study communication and journalism and met Dj Wicky who helped him upgrade his deejaying skills. The link up with Dj Wicky did some great good to Pulalah who transitioned to a super Dj and created many banging street mixtapes.

Fast forward, Pulalah is a digital journalist currently working as a content executive at Boomplay. He has interviewed many local and international artists and done a couple of top album reviews.

Working around artists enabled Pulalah to understand many important aspects of the music industry and this he says, “was an eye opener”.

Pulalah recently started his own record label called Tingdeh Music. The imprint has one artist under it and aims at helping nurture fresh talents in the future.

Apart from Tingdeh Music, Pulalah also owns Tingdeh Studios and here, he deals with production of digital content with a current major focus on podcasts.

For Pulalah, it is never late for one to achieve their dreams in life.

“I feel like I have started this music thing so late but I am also convinced that I am on the right track. My aim is to release great music and leave a lasting legacy when I finally leave earth. I want to push Kenyan Dancehall to the world with proper productions and collaborations.

“I am not the best singer or songwriter out there but I strongly believe in my abilities. I possess what is needed to break into International markets and who knows, we might just make it to Billboard in a few years,” he adds.

Prepare for hunger in Ghana — GAWU warn Ghanaians
37 minutes ago