On “Intermission” EP, Ibejii Pays Tribute to a Chaotic 2020 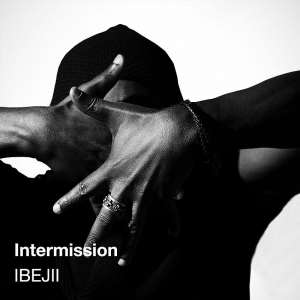 About half a decade ago, Ibejii was asked about the profession he would have settled for if he wasn't practicing law/medicine. He said music. Since that encounter with his friends, he has been on a journey to actualize that dream.

The alternative retro artist returned with a new body of work two weeks ago titled “Intermission.” It's his fifth body of work and just like his norm, he released it without much publicity and it's also a solo effort.

The artist who is fond of revealing little about himself except music has however been ditching out his best for the fans through this art form. A flash through his discographies, one would observe that he is an all-around musician. For an artist who grew up on Jazz, rock, soul, highlife. These smithereens of sounds are scattered all over his projects. He shows his versatility on each album.

His “Tribal Mark” album has been cited by critics as his magnum opus. The collection of diverse sounds explores life, love, society with a nod to Jazz and folk sounds. Artists like Ibejii are never in the hole of trying to beat an album, however he has been able to change his sound, tweak the narrative, reveal another side of his creativity to the fans while he remains a recluse to the eagle-eyed fans and media.

The artist came onto the scene with his “GreenDope” project in 2017. He followed up the debut with the release of “Tribal Mark” the following year. Ibejii continues to distill his eclectic influences into different albums.

His 2019 album “Music Saved My Life” is filled with up-tempo and bopping tracks with an appropriate tribute to the Afrobeats sound and other influences.

Last year, Pulse NG ranked “Ilu Ilu” as one of the best albums released in the country. The project was a cursory glance at society via sounds and topics steeped in introspection and reflection. On “Ilu Ilu”, Ibejii leveraged his rich folklore background, mixing it with Jazz, rock, and soul to curate tracks which are nostalgic and didactic. Songs like “Uncle Suraju” and “Leke Leke” were runaway hits in the 32 minutes long album.

16 months after “Ilu Ilu”, Ibejii makes a gloomy return to the music scene, he jettisoned the folklore, jazz, and rock for an electro-soul sound on “Intermission”. Released two days after the one-year commemoration of the infamous Lekki massacre, “Intermission” is a tribute to the events that led to that incident and a gaze at the future; the utopian state which all Nigerians crave for.

On “Gonto” the opening track, over an Afro-orchestra centered on violin, flute, and drum rolls, Ibejii takes the listeners through the mind of a depraved Nigerian who is self-sufficient but against the inequality in the society— against the police brutality. The two verses tethers to the power tussle between the government and its citizens, Ibejii words are condensed in proverbs and popular Yoruba sayings.

On “Running”, the artist croons about love, affection, he assures his better half/country of his love while he hopes she understands there is a need for him to move on, with life, for greener pastures and freedom from oppression and lawlessness in the country. Running could also be tagged a tribute to a country: “I gotta go my way” is an instructive line.

“Pandaminion” and “Endpunity” are creative playing on word/deliberate mixing up of letters. On the former, Ibejii chronicled the turmoil the country has been battling with the vision 2020 fiasco gliding the lyrics with the cut from news and lamentation about the country. It's a mockery of the nation; show me madness if this your sanity/show me blindness if this is your clarity. “Endpunity” is a call for an end to the police cruelty which formed the bedrock of Endsars. It celebrates the people for coming out to protest the injustices. It's a warning before the revolution, the choral line backups are celebratory—an imminent victory seems plausible.

From the pandemic to the Endsars and the nefarious government policies, the citizens have been through a lot of emotional and mental torture. When Ibejii clamored for happiness on the last track “Happy Me”, he sounded relatable, even though this type of topic is rarely talked about, however its necessity can not be ignored.

No doubt, “Intermission” was inspired by the events of the last 12 months. The sounds are experimental. Ibejii shines more when he speaks Yoruba, the tone inflections, vocal inflections, and backups make it alluring. For an artist who has given the fans a different flavor on his last four projects, he took it an inch higher with this project.

At only six short tracks, there’s very little wasted space or energy. The brevity contributes to the cohesion, allowing Ibejii to hold tightly onto the specific mood he sets. It wants more, but at least it leaves you wanting.

Although, lips are sealed on the artist's next move. For now, we have to relish this, ponder on the genre-blending, and reflect on the messages.