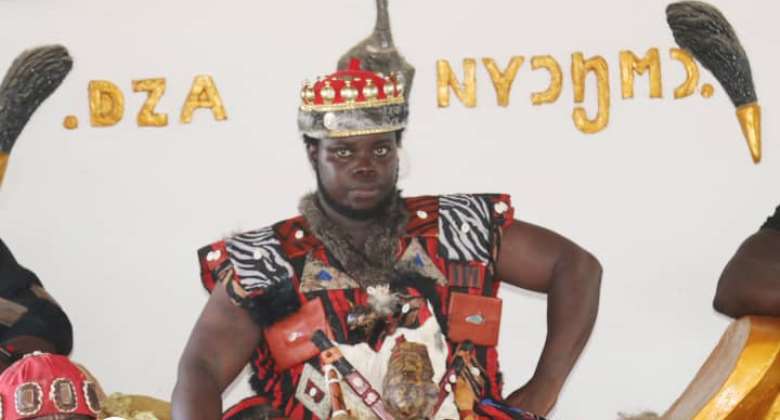 The CICC CEO for West Africa Council of International Chambers of Commerce, Nii Ayitey Anumle Oyanka I has said although the actions of the dancehall musician Shatta Wale was "stupid and childish" the security agencies should not treat him like an armed robber.

"What Shatta Wale did was childish and stupid but what about the pastor who started this crap?? This nonsense must stop in Ghana," he stated.

His comment follows the detention of the controversial musician and three other accomplices for one week for causing fear and panic.

Nii Ayitey Anumle Oyanka I further urged the public to be measured in their condemnation since humans are fallible of making mistakes in lfe.

Nii Oyanka I in an interview said the case should be properly investigated and measures put in place to avoid any future occurrences.

Nii Oyanka Chief of Obilieman who doubles as Chairman of Anamase Royal Alliance Council and Abola Piam Royal Council stated, "I feel sad when I see or hear situations like this. I have been a victim of such a similar, incident where you want to salvage a serious situation or defend your self and at the end of the day, you rather become the victim of the show."

He continued, "Last 2 years my Palace was attacked by gun-wielding men and people were shot and Palace vandalised. The criminals were never arrested and I was put behind bars for defending myself in my own Palace.

"When I hear people praising the current IGP I laugh, This man doesn't tolerate nonsense or accept bribes and served short terms in few offices because he refused to be corrupted. Today people are praising him because he is the IGP whether they like him or not. Dr George Akuffo Dampare wants to prove his doubters wrong but in doing so he must be lenient with people. Nobody is perfect and the laws should work properly to ensure there is no selective justice."