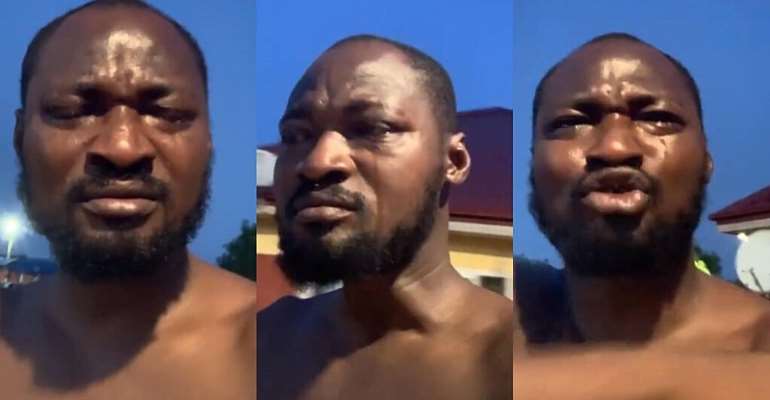 A recent video, taken by the self-acclaimed children’s president, sighted by ModernGhana News shows him in a very difficult situation.

This might be the third time the comedian will draw the attention of Ghanaians to himself about depression.

Over the weekend, a viral video showed the ‘Chokor Trotro’ star been rescued by two military men when he was going to commit suicide.

In the video, Funny Face is heard telling the military men how depressed he is and how he is tired with life and everything around him.

As expected, he demands the presence of his ex-wife and his twin daughters, Ella and Bella amidst uncontrollable tears.

Vanessa Nicole, left the actor's home about 14 months ago after their relationship turned sour with accusations of infidelity and domestic violence which turned dramatic on social media.