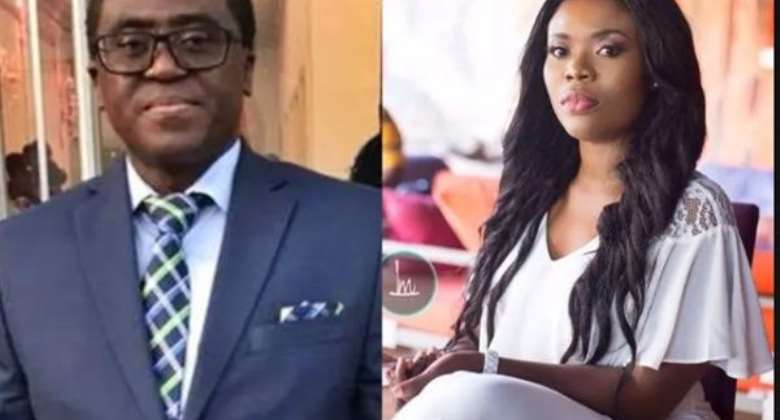 Gemann has been trending the past week or so after his story resurfaced.

For those unaware, Gemann was one of Ghana’s biggest stars about 3 decades ago.

However, all his stardom came to nought when he was imprisoned for the murder of a taxi driver in 1995.

He spent 14-years in prison in total. He’s on a media tour currently and revealed on Kingdom Plus Fm that settling down with Delay is a big aim of his.

According to him, he left the United States all the way to Ghana just because of Delay.

“Marrying Delay is one of the biggest plans I intend to achieve.

“After I lost my ex-wife, I have not married any other woman. I traveled all the way to Ghana to purposely marry Delay,” he told Fiifi Pratt.

As to why he has targeted Delay out of all the ladies in Ghana, well, you can only guess.

Ghanaians have been looking for a husband for Delay since time immemorial, every single thing she posts has inquisitive fans under it asking when she’s getting married.

If Gemann has his way, they might get that question answered soon.

Gemann was the first man in Ghana who won by popular acclamation, the accolade, The Michael Jackson of Ghana.

He is the first Ghanaian musician to copy the late Michael Jackson’s style of music, stage performance/craft, hair styling and costuming.

Real name Nana Akwasi Agyeman but popularly known as Gemann, his surging career was cut short when he allegedly murdered a taxi driver over a misunderstanding over the fare of a ride.

That ended up with him in prison. He has now returned to marry popular broadcaster Delay.