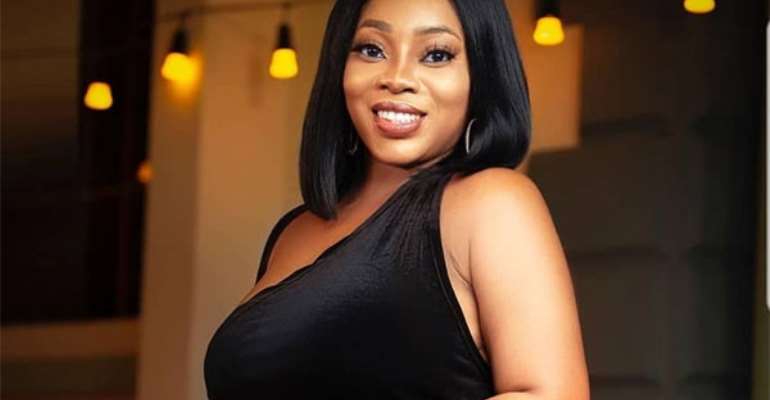 Model, Victoria Michaels, has said Moesha B. Boduong who recently gave her life to serving Christ is getting all the care and attention she needs.

She made this known days after videos of Moesha saying she attempted to commit suicide went viral on social media.

In the videos, the socialite was preaching the word of God before confessing that she had wanted to kill herself by trying to jump off an uncompleted storeybuilding but was saved by some men who had seen her acting strange.

The videos have since caused a lot of outrage on social media, and drawn subsequent attacks on Victoria Michaels and her brother Pastor Gabby Ibe, who allegedly invited Moesha to Gabby's Revelation Church Internationalbefore her repentance.

They were also accused of making Moesha sell her properties.

Also, musicianEfyaNokturnal in earlier reports was accused of taking advantage of Moesha's predicaments to buy her Range Rover Evoque for $15,000 (GH¢88,934). Further allegations quoted Efya for saying she didn't buy Moesha's car but rather assisted in getting her a buyer.

In an Instagram post on Wednesday, Victoria Michaels reacted to some of the attacks and allegations levelled at her and her brother, and assured Ghanaians that Moesha is getting all the care she needs.

She wrote, “My sister-in-Christ Maurecia @moeshaboduong is fine and is in a place where she is being taken care of and counselled. Please stop spreading lies about me,Pastor Gabriel,the church @werevelationint and the body of Christ.”

Victoria Michaels also revealed that it is only Afia Schwarzenegger who knows the real reason why Moesha decided to give up all of her belongings.

“You all have no idea what is going on. My sister @queenafiaschwarzenegger knows more than anyone else that Maurecia called people to her home and gave things out to the poor for reasons I can't share. I knew nothing about it until she mentioned it on phone.That's all I can say for those spreading lies. You say properties were sold? Which properties are these? She has not given anything to the church or to the pastor. No property has been sold and proceeds given to the church or the pastor. Family members of her choice know where she is and are working with the church to ensure she is well taken care of,” she continued.

Victoria also gave a word of caution to people who may be circulating false information on the situation.

“Do not allow what you see on social media to mislead you. Not all that glitters is gold my people,” she added.

“Maurecia is still here with us and she will eventually come out and tell the truth you all seek. May God forgive all the people spreading lies. All I expect the body of Christ to do now is pray pray, pray for the salvation of her soul so that what the lord has began in her life will be permanent. I am not perturbed by the lies. I just had to clear the air. The battle is beyond the physical but the Lord has given us victory already.”

Gov’t in the process of buying bigger presidential jet – Eug...
14 minutes ago